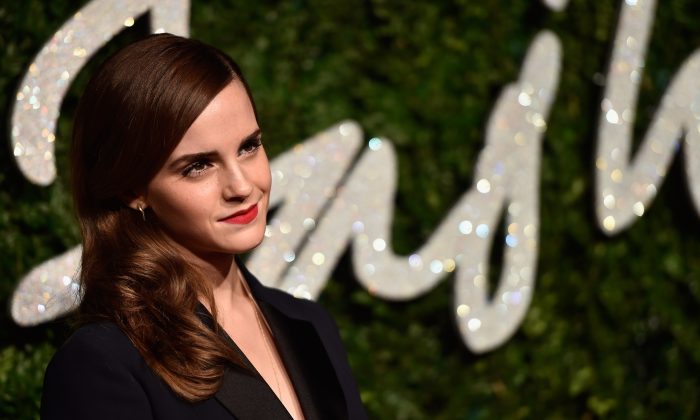 Pictures of Harry Styles and Emma Watson at the British Fashion Awards on Monday prompted “Harry and Emma” to trend on Twitter, with many users saying they approve of the pair if they become a couple.

“Harry and Emma Watson at the British Fashion Awards today! They are so cute omg,” said one.

“Harry and emma look perfect together i don’t care what you think,” said another.

“I’m very okay with Harry and Emma as a couple,” added another.

Styles, 20, is part of the boy band One Direction. He has been linked on-and-off with Taylor Swift, but he’s believed to be single at the moment.

Watson, 24, is an actress likely best known for her role as Hermione in the Harry Potter films.

She’s been linked at times this year to Matthew Janney, an Oxford University student. She was reportedly set to move in with him as of September.

Apart from Harry and Emma posing with each other, there’s no evidence or indication that they are romantically involved–most fans just noted how good they look together.

harry and emma look perfect together i don’t care what you think pic.twitter.com/a6opvkVKfq

IM VERY OKAY WITH HARRY AND EMMA AS A COUPLE pic.twitter.com/8eznzZgHBi

Harry and Emma Watson at the British Fashion Awards today! They are so cute omg pic.twitter.com/vafLjqREI6

They did have a notable exchange last year on Twitter, with Styles telling Watson he enjoyed her film The Perks of Being a Wallflower.

“@EmWatson I finally saw the second half! That film gets dark, but I liked it a lot.” To which Emma replied: “@Harry_Styles yay!! So happy.”

Harry had gone to a previous screening but left before the second half, prompting Watson to tweet at him, “So @harry_styles – when are you going to see the SECOND half of Perks of being a Wallflower ?! Huh Huh huh ?”