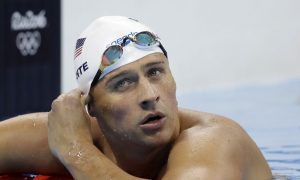 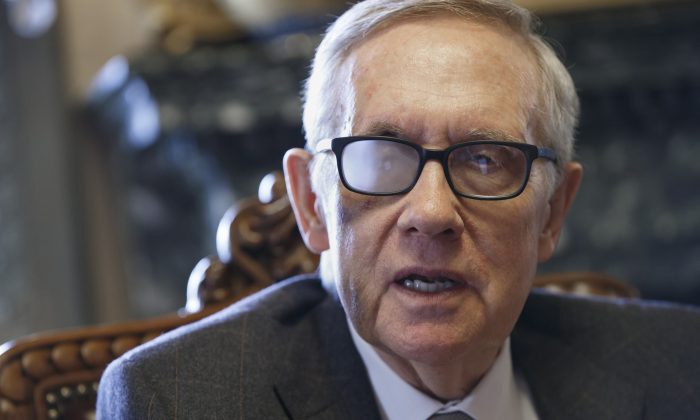 Senate Minority Leader Harry Reid (D-Nev.) talks about his future and the agenda of the Democrats who are now in the minority, during an interview in Washington, on March 4, 2015. (J. Scott Applewhite/AP)
2020 Election

Former Senate Majority Leader Harry Reid has a warning to fellow Democrats: Underestimate President Trump at your own peril.

Reid, who formerly represented Nevada for two decades, received a “thank you” from Trump on Twitter.

“Former Democrat Senator Harry Reid just stated that Donald Trump is very smart, much more popular than people think, is underestimated, and will be hard to beat in the 2020 Election,” Trump stated on Twitter on Monday. “Thank you Harry, I agree!?”

In an interview, Reid told CNN’s David Axelrod, who had worked as the chief strategist in the Obama administration, that he previously didn’t think Trump was “too smart,” but now he does not “believe that anymore.”

Trump is a “very, very smart man” who is “never, never willing to debate an issue on terms that aren’t his,” Reid, 79, told the host.

And despite the inquiry about impeachment, Reid believes Trump will be quite difficult to defeat in 2020.

“Anyone that thinks Trump’s going to be beaten easily should have another thing coming,” he warned Democrats.

Reid moved to reshape Senate procedures during his time as majority leader, like the elimination of filibusters for most nominations by presidents.

In the interview, he also blasted Republican members of the Senate, claiming that they are “afraid to speak out” about impeachment.

Former Democrat Senator Harry Reid just stated that Donald Trump is very smart, much more popular than people think, is underestimated, and will be hard to beat in the 2020 Election. Thank you Harry, I agree!

He mainly focused his attention on Sen. Lindsey Graham (R-S.C.) for shifting his views on Trump.

“It’s amazing what happened to him when John McCain died,” Reid told CNN of Graham. “He suddenly was no longer a John McCain Republican. He became a South-Carolina-I-want-to-get-reelected Republican, and he is a tote and fetch guy for the President.”

It comes as House Democrats have entered week four of their inquiry as they investigate President Donald Trump and other White House staffers, accusing Trump of pressuring Ukraine to investigate former Vice President Joe Biden and his son, Hunter. Trump has vociferously denied the claims, calling it “another witch hunt.”