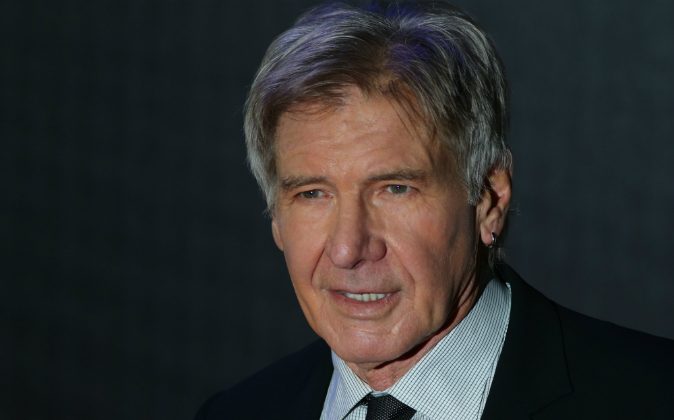 US actor Harrison Ford attends the opening of the European Premiere of 'Star Wars: The Force Awakens' in central London on December 16, 2015. (JUSTIN TALLIS/AFP/Getty Images)
Entertainment

A Disney-owned film production company admitted to safety breaches that resulted in Harrison Ford breaking a leg on the set of “Star Wars: The Force Awakens.”

Foodles Production (UK) Ltd accepted it failed to maintain a safe work environment on the Pinewood Studios set, in a U.K. court on July 26.

The company is expected to be sentenced next month, according to Variety.

“This was a foreseeable incident. Foodles Production Ltd. has accepted it failed to protect actors and staff,” Britain’s Health and Safety spokesperson said in a statement.

Harrison suffered a broken leg when he was struck by a metal door on June 12, 2014, while on the set of the Millennium Falcon.

“He became trapped under a rapidly closing metal-framed door. The power of the door’s drive system was comparable to the weight of a small car,” the health and safety spokesperson said.

Ford, who reprised his role as Han Solo was airlifted to a London hospital. The incident halted filming for two weeks.

But it was not all doom and gloom. The short pause in filming led to director J.J. Abrams making some key plot changes and fine-tuning the relationship between Finn (played by John Boyega) and Rey (played by Daisy Ridley).

“When I was on the set of the Millennium Falcon and we started to do work with Rey and Finn, the first time we did it, it didn’t work at all,” Abrams said at the Tribeca Film Festival, according to IGN.

The two-week hiatus is when Abrams “really got to look at what we had done and rewrite quite a bit of that relationship.”

Abrams added, “It was an amazingly helpful thing to get these two characters to where they needed to be.”

“The Force Awakens” is the seventh installment of the iconic franchise and has grossed more than $2 billion in worldwide box office sales since its release last year.

The eighth installment of “Star Wars” is currently in production and is expected to be released in 2017.