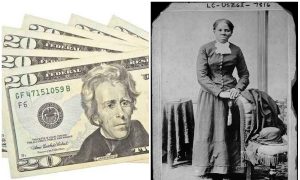 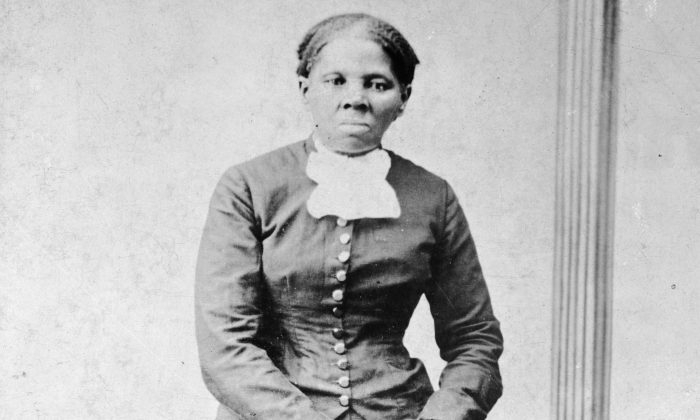 Harriet Tubman in the 1860s. Tubman will replace Andrew Jackson on the $20 bill, making her the first woman on U.S. paper currency in 100 years. (H.B. Lindsley/Library of Congress via AP)
US News

The redesign of the $20 bill, which would feature Harriet Tubman, will no longer be unveiled next year, said Treasury Secretary Steven Mnuchin.

“The primary reason we have looked at redesigning the currency is for counterfeiting issues,” Mnuchin said after he was questioned Rep. Ayanna Pressley (D-Mass.), as reported by CNBC.

The process had been delayed, he said, adding that no new pictures would be unveiled until 2028.

“The decision to put Harriet Tubman on the new $20 was driven by thousands of responses we received from Americans young and old,” Lew stated at the time. “I have been particularly struck by the many comments and reactions from children for whom Harriet Tubman is not just a historical figure, but a role model for leadership and participation in our democracy.”

Lew had ordered the Bureau of Printing and Engraving to hasten the design process so that the bills would be unveiled in 2020, which is the 100th anniversary of the passage of the 19th Amendment.

Tubman was an American abolitionist and political activist, having escaped slavery. She made about a dozen missions to rescue approximately 70 enslaved people, family, and friends, using the Underground Railroad.

.@RepPressley: “Do you support Harriet Tubman being on the $20 bill?”

Secretary @stevenmnuchin1: “I’ve made no decision as it relates to that.” pic.twitter.com/LuDNEhiEFH

“Well, Andrew Jackson had a great history, and I think it’s very rough when you take somebody off the bill,” Trump said at the time, CNN reported.

He added: “I think Harriet Tubman is fantastic, but I would love to leave Andrew Jackson or see if we can maybe come up with another denomination.”

Trump and Ben Carson, at the time, both suggested that she be placed on the $2 bill, which isn’t printed anymore.

“(Jackson) had a history of tremendous success for the country,” Trump said of the seventh president. “(The $20) really represented somebody really that was very important to this country. I would love to see another denomination and that could take place. I think that would be more appropriate.”

Meanwhile, Mnuchin said in 2017 that the Trump administration is reconsidering the move to put Tubman on the bill.

“People have been on the bills for a long period of time,” Mnuchin said at the time. “This is something we’ll consider. Right now we’ve got a lot more important issues to focus on.”

In introducing a bill in September 2017, Rep. Elijah Cummings (D-Md.) said, “Harriet Tubman was called the Moses of her people, because after she escaped slavery, she courageously made 19 trips to the South to free more than 300 enslaved African Americans. Her courage, conviction, and commitment to equality represent the best of America and it is long past time we recognize her place in history.”

He added, “I am proud to reintroduce this bill with Rep. Katko to honor Harriet Tubman’s role in making America a more free and more equal society.”