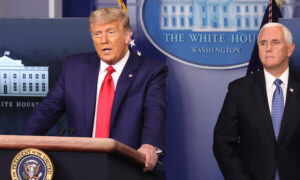 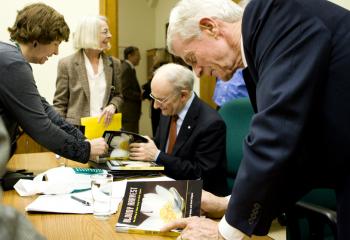 By Cindy Chan
Print
OTTAWA—The authors of a new book on forced organ harvesting from Falun Gong prisoners of conscience in China are urging Prime Minister Stephen Harper to raise the issue with Chinese authorities on his upcoming China trip.

David Matas and David Kilgour, who co-wrote Bloody Harvest: The killing of Falun Gong for their organs, were joined by MPs Borys Wrzesnewskyj and James Lunney at a press conference on Parliament Hill Monday morning to release the new book.

Mr. Wrzesnewskyj and Mr. Lunney were representing the Parliamentary Friends of Falun Gong (PFOFG), an all-party group of MPs and senators lending support to the practitioners of the spiritual discipline who have suffered a decade of persecution in communist China.

“I would encourage the prime minister to bring up the issue,” said Mr. Matas, an international human rights lawyer and 2008 Order of Canada recipient.

“This is not just our concern. It’s also a concern of the United Nations.”

The investigation he conducted with Mr. Kilgour, a former crown prosecutor and former Secretary of State (Asia Pacific), concluded that after the persecution of Falun Gong began in 1999, the Chinese regime started an illicit organ trade that has killed tens of thousands of imprisoned Falun Gong practitioners in the process of extracting their organs for sale.

Mr. Kilgour and Mr. Matas had released two earlier reports on their findings, the first in July 2006 and the second in January 2007.

Since then, the U.N. rapporteurs on torture and on religious intolerance, as well as the U.N. Committee against Torture, have pressed China to explain the discrepancy between its large volumes of transplants and its sources of organs.

With negligible donations and no national organ donation system in place until as recently as August 2009, the regime says it sources its organs almost entirely from prisoners sentenced to death and executed.

“There is an estimated 41,500 unexplained organ transplants between about 2001 and 2006. Falun Gong practitioners are providing a lot of these organs … involuntarily,” said Mr. Kilgour.

He noted that according to a U.S. government report, at least half of the inmates in China’s notorious forced labour camps are Falun Gong practitioners.

“Canada and other countries should ban forced labour exports by legislation which puts the onus on all importers to prove that goods are not made, in effect, by slaves,” he added.

As these prisoners are the source of the organs, Mr. Matas suggested that Mr. Harper ask China to enter into an agreement disallowing imports of forced labour products into Canada. In addition, there needs to be assurance that the agreement is enforceable by allowing inspection of the labour camps.

Mr. Matas said the U.S. already has such an agreement with China but it has not been enforced because the Americans have not been allowed to inspect the labour camps.

Mr. Wrzesnewskyj put the issue in context as a consumer.  “Knowing what I know, when I pick up a product and I see that ‘Made in China’ label, there’s an unease,” he said.

“You can’t keep these things hidden… Decent people everywhere, when they pick up those consumer products and they see that label, they’ll have that same sort of unease that will affect China in millions of ways that perhaps aren’t quantifiable.”

As for Canadian officials negotiating trade with China, he asked, “How can you trust a country that would engage in this sort of horrific crime against their own people? How could you trust them in your relationships when they acquire major resource companies?”

As much as Canada would like to do more trade and have a healthy relationship with China, “when these issues are outstanding, it calls all of those potential relationships into question,” Mr. Wrzesnewskyj said.

The Kilgour-Matas book includes recommendations for China as well as foreign states, medical professionals, and pharmaceutical companies on legislative and other defences to prevent forced organ harvesting.

One recommendation is to enact extra-territorial law making it illegal to travel to another country to purchase transplant organs obtained without consent.

This so-called “transplant tourism” is not currently a crime anywhere in the world, but Mr. Wrzesnewskyj has proposed a bill to the Canadian Parliament that would make it an extraterritorial crime.

‘Kernel at the centre of human rights violations in China’

The PFOFG held a book launch for the new Kilgour-Matas book on Monday afternoon on Parliament Hill, the group’s first event since it was founded last month.

Mr. Lunney likened the persecution and organ harvesting of Falun Gong practitioners to the Holocaust when despite indications, warnings, and alarms raised, “somehow that evil went on for some time before it was eventually revealed and understood.”

“We’re hopeful that this book launch will make a big impact and will help to spread the word that we can’t afford to be silent,” he said.

The book launch received a standing-room-only crowd. The event was hosted by MP Bill Siksay, chair of the PFOFG. In attendance were Mr. Wrzesnewskyj, vice-president of the group; directors MP Scott Reid and MP Rob Anders; and members Mr. Lunney and MP Irwin Cotler.

The book is in two parts. The first part presents current statistics and factual analyses that update the previous report. The second part tells of the responses the authors have received and their efforts to advocate an end to the abuse. It also contains a philosophical, analytical explanation of why and how the persecution of Falun Gong came about and what the authors envision for the future.

The book tells world leaders and concerned people: “Unravel the repression against the Falun Gong and all other victim groups will benefit.”

The authors provide an abundance of evidence. They report that the documented arbitrary killings and disappearances of Falun Gong practitioners annually exceed by far the totals of any other victim group. Falun Gong represents two-thirds of torture victims and half the people in forced labour camps. Practitioners and prisoners sentenced to death are the sole victims being killed for their organs for transplants.

The book talks about “those trying to please China” or are “conflicted” and thus “morally compromised.” “They are silent because they have family, social, career, financial or business interests, which would be jeopardized by confronting the perpetrators. . . . They put their lesser personal interests above the prevention of grave wrongs.”

There are also those who do not know, the authors wrote. This is because the Chinese regime perpetuates a global campaign of harassment, bullying, spying, disinformation, and pervasive anti-Falun Gong propaganda. Meanwhile the regime makes every attempt to block contrary information.

To counter the indifference of those who do not know, the authors recommend “making every effort to proclaim the truth about what is happening [in China], not taking on faith anything coming from the Government of China about their victims, and not repeating anything they say against their victims unless and until it is verified.”

“To do less means contributing to Chinese persecution,” they said.