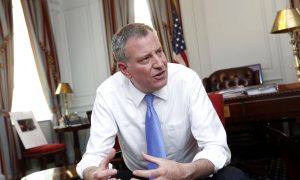 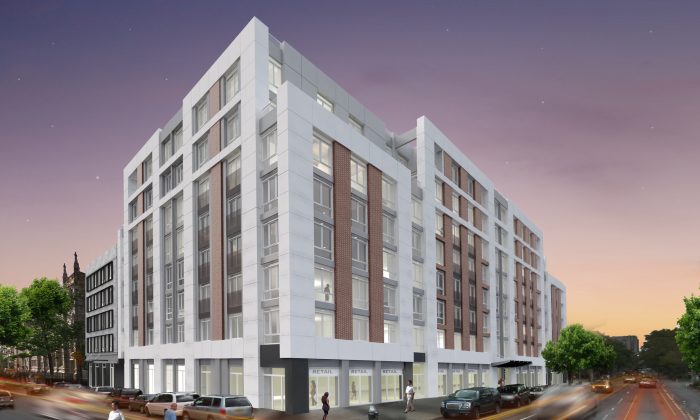 The new development will be called the “Renny” in recognition of the former Harlem landmark. (Rendering Courtesy: BRP Development Corporation)
New York

The Renaissance Ballroom site in northern Harlem is going to become a mixed-use development with more than 130 residential units, 17,500 square feet of retail space, and 20,580 square feet of community facility space.

The now-derelict two-story ballroom was built in 1922. It was the home court for the New York Renaissance Big Five, the first black-owned professional basketball team, according to blackfives.org.

Reverend Calvin Butts, the senior pastor at Abyssinian, said the development would bring much needed housing to the community.

“I know I speak for many members of the Central Harlem community when I say that the Renny project provides an opportunity for the rebirth of a site that has sat vacant for about 30 years. I thank the BRP Development Corporation for spearheading this long-awaited, much-needed facility,” he said in a press release.

The new development will be called the “Renny” in recognition of the former Harlem landmark. Twenty percent of the residential units will be affordable, according to BRP Development Corporation.

“This transformative project will bring new life to an area that has trailed behind prime areas of Harlem in development,” said Meredith Marshall, managing partner at BRP Development Corporation, in a press release. “This site has been crumbling for decades, providing no value to the residents of northern Harlem and frankly, they deserve better.

Construction will start early next year, and the Renny is slated for completion in 2017.

There will be 67 parking spaces beneath the building, and solar panels and green roofs on the top.