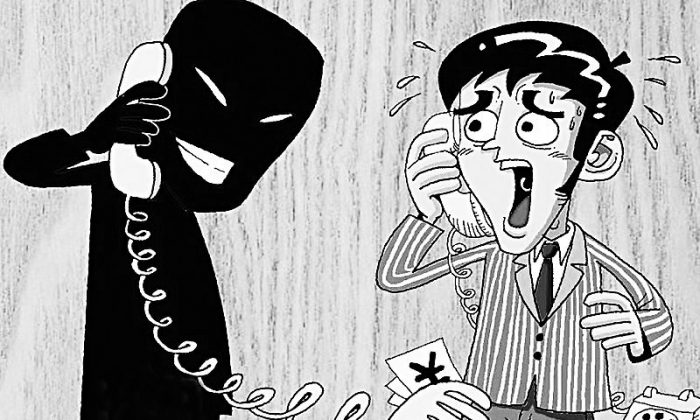 Chinese netizens have raised questions over the security of their personal information amidst a round of telecom fraud targeting Chinese college students.
China

Incoming freshmen in universities throughout Jiangsu Province were required to pass a test that teaches students how to avoid fraud, after two teen deaths put the rise of telecom scams targeting college students into the spotlight. Experts and netizens blame the regime’s policy of real-name registration for increased problems with fraud.

Schools will send a handbook about the dangers of fraud accompanying every admission notice. Students were expected to read through the booklet and prepare for a computer-based exam upon entering school, with 80 out of 100 the minimum passing grade. 60 percent of the questions concerned telecom and internet fraud.

“Colleges and universities are high-incidence areas for telecom fraud,” Ren Zuping, head of the Southeast University security department, told the state news agency Xinhua. Ren added that the number of telecom scams made up 80 percent of campus incidents.

The measure was first introduced by Southeast University, a public university in Nanjing and one of China’s oldest universities. The Ministry of Education is extending it to the entire province.

“The telecom fraud incidents on campus were like an oil blowout before we set up this test, now it has apparently been contained,” Ren said.

The past two weeks have seen two high school graduates die of cardiac arrest, after con men used phone calls to steal their college savings. The fraudsters in both cases showed accurate knowledge of the victim’s’ date of birth, recent activity, and even banking information. Someone using the same tactic also stole over 17 million yuan ($2.6 million) from a teacher at the prestigious Tsinghua University.

Some experts think that the real-name registration system in China may have provided an opportunity for criminals to steal information and commit fraud.

“In China the real-name registration is everywhere. Even when getting online or playing games you would need to register with your real name. There’s a huge risk here,” Chen Shuai, a Java software engineer, told NTDTV in an interview. “Having obtained a large amount of personal data, the Chinese government could resell it to any third-party and cause information to be compromised.”

According to the official newspaper People’s Daily, over 78 percent of netizens had complained about the release of their personal information, including name, education, and ID number, after the launching of real-name registration for express delivery services in March.

“What is the goal of real-name phone registration?” wrote Chinese Christian poet Sha Guang. “How did the suspect who carried out fraud obtain such a large quantity of detailed user information?”

Weibo user “Living in happiness and dignity” wrote, “The all kinds of real-name registration systems nowadays are the fountainhead for citizens’ information to be leaked. The real-registration is for surveilling citizens, and not at all about countering fraud.”

Li Qun, a former vice professor at Nanjing Institute of Communication Engineering, noted that much software in China has a backdoor used to monitor citizen’s activities, which makes them vulnerable to viruses.

“From the technology side, I think it is possible [to resolve the issue],” Li said. “The Chinese Communist Party spent a large amount on Internet censorship and in dealing with the masses, it’s just about whether it is willing enough.”

A web user said, “The government could selectively enforce the law, this is the biggest problem.”