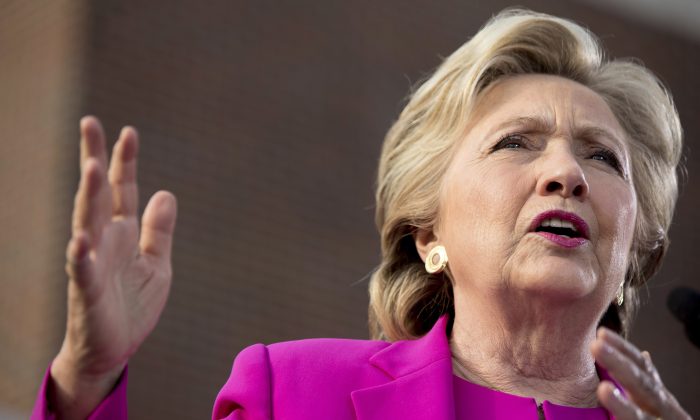 An April 2009 email from National Archives officials suggested the drive “was stolen.” The Department of State declassified emails from Clinton’s tenure on Nov. 3.

White House counsel Daniel Meltzer sent an email to Jim Messina, President Obama’s deputy chief of staff that “they last can account for the drive on January 30; they discovered it was missing on March 24 (NARA leadership found out later). They believe it was stolen.” The email was forwarded to Clinton’s aides.

“Two terabytes is a very very large amount of data; the drive may contain a wide range of memos, emails, and other electronic documents from the Clinton White House,” Meltzer added

As ABC News reported, the State Department posted an additional 1,280 pages of official emails belonging to Clinton as part of a court-ordered effort. They come from the approximately 15,000 emails that the FBI recovered during an investigation into Clinton’s email server.