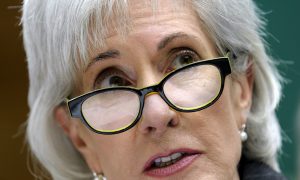 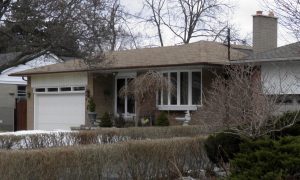 There is an old song that goes, “First you say you will, and then you won’t. When you say you’ll stay, that’s when you go.”

At the end of the first open enrollment under the Affordable Care Act, the Obama administration echoed the song. First, it said there would be no exceptions to the health care enrollment deadline.

Then it said there will be wiggle room, with no details. Now it has announced that certain people can get an extension beyond March 31.

In a Wednesday blog post on the Health and Human Services website, one official likened it to the rule that anyone in line on Election Day before polls close can still vote, no matter how long it takes.

Julie Bataille, director of communications at Centers for Medicare & Medicaid Services, wrote, “We won’t close the door on those who tried to get covered and were unable to do so through no fault of their own. So, those who were in line or had technical problems with the website can quickly come back and sign up as soon as possible.”

Millions of uninsured people may get some leeway to purchase health insurance through federal or state exchanges as long as they began the process before March 31. They can mail applications, start enrolling on the website, or make a phone call to qualify as being in line. The administration described it as an honor system.

Additionally, people in 10 general categories of special circumstances would also get additional time to apply—generally a 60-day period. Exceptional circumstances such as natural disasters, system errors related to immigration status, computer error messages due to technical difficulties, and situations involving domestic abuse, as well as other sorts of problems are included.

The administration also said that anticipated heavy interest between now and Monday “could potentially keep consumers from completing the enrollment process despite their efforts to meet the deadline.”

The federal health insurance marketplace website was overwhelmed when it opened Oct. 1, 2013. Despite upgrades, it could still falter under heavy use.

One of the reasons uninsured people might procrastinate is money. A delay into April might make a big difference for lower–income people, who are more likely to be uninsured, and more likely to get tax refunds. Brian Haile, senior vice president for health policy at the Jackson Hewitt tax preparation firm, welcomed the move.

“The disbursement of tax refunds appears to be making a substantial difference in the willingness and ability of uninsured Americans to sign up for … coverage,” Haile said.

Lack of information is another factor that has delayed signups. According to a mid-March survey by Kaiser Family Foundation, 6 in 10 people without insurance did not know that March 31 was the last chance this year to buy insurance through the government marketplaces.

Almost half, 4 in 10, did not know about tax subsidies to help pay premiums, and half did not know that Medicaid has been expanded. But half of the people without insurance said they did not plan to get it.

President Obama himself has been urging young people to get insurance, and in the final stretch is urging Hispanic people to sign up. They are the country’s largest minority and the most likely to be uninsured, according to Kaiser.

“On average, Latinos are younger and healthier than the general population. The premiums they will pay if they sign up will help cover the health care costs of older, sicker” people, wrote health reporter April Dembosky for KQED public radio, in San Francisco.

The next open enrollment period isn’t until Nov. 15, after the elections. Providing an option for sign-ups prior to that could give Democrats a rebuttal during the height of the campaign season that focuses on their efforts to fix the law’s problems, rather than scrapping it.

On Wednesday afternoon, Oregon announced that it would extend its deadline to April 30.