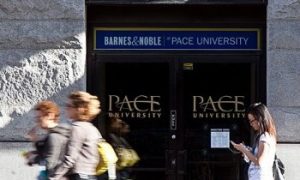 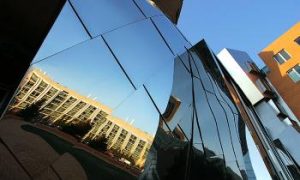 MIT and Other US Universities Seek Sustainability on Campus
0 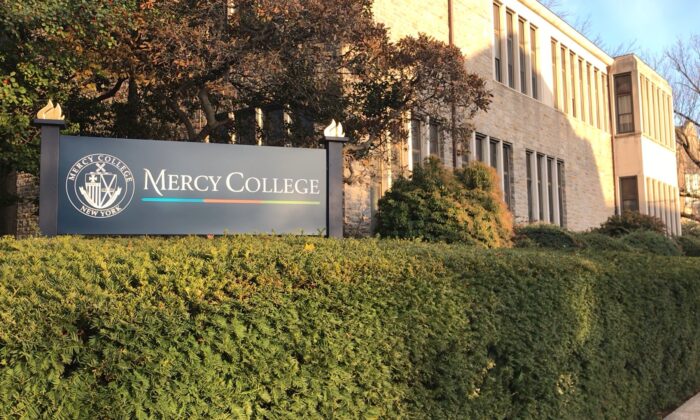 Happy Unions Made as Colleges Merge in New York

NEW YORK—Sometimes you have to hit bottom before you can push yourself up to new heights.

Imagine standing in line at the bank hoping to prevent the foreclosure of your house, and in that desperate moment you meet your greatest hope. A business tycoon sitting next to you just so happens to be looking for someone of your skill set. He offers you a job better than any you’ve had in your life.

That’s the kind of situation The College of New Rochelle (CNR) found itself in a few years ago when it was about to go under. After the Great Recession, colleges across the country saw a drop in enrollment rates. Smaller colleges like CNR, located several clicks north of New York City, especially felt the squeeze.

Many of them have survived by merging with other colleges. Since 2000, about 100 U.S. colleges have merged, according to data collected in the book “Strategic Mergers in Higher Education,” published in October.

And many of them, like CNR, are finding it’s a happy solution. They’re in an even better position than before their troubles began.

Rosemary Owunna was a nursing student at CNR last year. It looked like her college might dissolve, and with it many of her non-transferable course credits and the tuition she had spent on them. “I was scared,” she said. “The money you paid is just wasted.”

The two colleges didn’t technically “merge,” because Mercy didn’t absorb CNR’s debt and its entire business structure. But Mercy is renting out most of CNR’s campus facilities and taking on all of its students, without any change in tuition costs and without them losing any credits.

For the students, the transition was practically seamless.

One of the only challenges for CNR students was adapting to Mercy’s online platform, called Blackboard, for managing assignments. “The Blackboard was the major, major thing for any student,” Owunna said. “If you didn’t catch up with the Blackboard, maybe you’ll submit an assignment late or you don’t know that an assignment has been posted.”

But Mercy’s IT team was available 24/7 to help students adjust. The merge was smooth for the students because the staff absorbed the shocks and tensions of connecting these two moving trains.

Mercy’s president, Tim Hall, said bringing CNR’s programs into his college was challenging, but it could have been worse.

The Department of Education, however, was already aware of CNR’s troubles and streamlined the process for them.

In another college merger nearby, the staff also had its challenges. “Most importantly, we had to make sure that students didn’t feel the impact,” said Catherine Snyder, chair of the education department at Clarkson University.

Union Graduate College in Schenectady, New York, was struggling so it merged with Clarkson University, about 200 miles away in Potsdam, in 2016. The union was happy like a marriage and as much work as a grand wedding.

The biggest challenge, said Snyder, was harmonizing Union’s trimester schedule and Clarkson’s semester schedule. “It was a huge workload because we had to rewrite all of the curriculum … and re-register the program with the state,” Snyder said.

Though it took some effort at the start to make it all work, Snyder is happy with the merge. “I didn’t even move my desk, but I felt like I had a brand new job,” she said.

Best of Both Worlds

It was an upgrade in many ways for Union students, since Clarkson had a stronger reputation, more resources, and provided better networking opportunities.

Aaron Kanofsky, a Union alumni, reflected on his experience of the merge. “I couldn’t have been happier with how it turned out,” he said. “There was a lot of new opportunities to meet other STEM [science, technology, engineering, and math] educators and meet STEM specialists, which is always really valuable when you’re going into the education field and making your teaching authentic to the real world.”

Matt Pinchinat, also a Union student who graduated from Clarkson post-merge, said his investment in college was returned tenfold. Like Kanofsky, he valued the greater networking opportunities the merge provided, and he said the transition was seamless.

Absorbing Union has strengthened Clarkson as well. Union had a strong Masters of Arts and Teaching Program, and that has grown and thrived in Clarkson.

In the past three years, three Clarkson alumni from the program have received the annual presidential award for teaching math and science. Only two teachers per state receive the award each year.

“We are so grateful to Mercy because they are just like their name, … they are so merciful. If they didn’t assimilate us into their system, where would we be?”