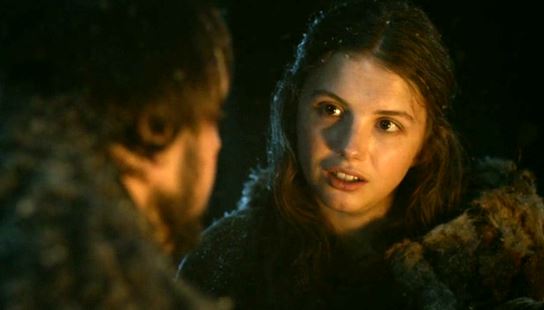 Hannah Murray as Gilly in Game of Thrones. She has had an alleged nude photo leaked online.
Entertainment

Hannah Murray Pictures? Gilly From ‘Game of Thrones’ Allegedly a Target of Photos Hack Along With Melanie Laurent

Nude photos allegedly showing Hannah Murray and Melanie Laurent appeared online Saturday among a slew of others in an apparent second wave of the massive hack.

The hack and subsequent leaks first saw pictures of Jennifer Lawrence, Kate Upton, and multiple other female celebrities dumped online, creating a furor and sparking an investigation by the FBI.

But that happened several weeks ago, and for the most part no new nude photos had appeared online since then. But new pictures started appearing on Friday before numerous others were posted on Saturday.

There’s only one picture purportedly of Murray, who is known for playing Cassie Ainsworth in “Skins” as well as Gilly in “Game of Thrones.”

A half-a-dozen pictures purportedly showing Laurent appeared. The 31-year-old is a French actress who has had roles in multiple American movies, including “Inglourious Basterds” (Shosanna) and “Now You See Me” (Alma Dray).

Neither woman has commented on the purported pictures.

All of the pictures are unverified, and the veracity of pictures of Murray and Laurent in particular have come under question by Reddit users, among others.

The picture of Murray was actually linked to a thread titled “Emma Roberts,” with users quickly pointing out that the picture was certainly not of Roberts and appeared to actually be of Murray.

In another thread, users debated whether the set of pictures purportedly showing Laurent were real or fake.

“Fake, I think. Look at the black dots in her neck,” said one user, linking to a website showing regular Laurent pictures.

“Yes me too i think fake photos,” said another.