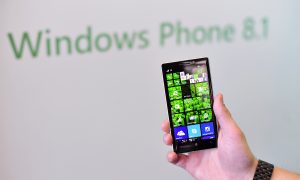 Hands On With Lumia 930 Camera (Video)

A decent camera is something most of us want, myself included, and to think not long ago we were used to small 5 megapixel lenses that would never be able to replace a point and shoot camera
By Dan
biggersmaller
Print

A decent camera is something most of us want, myself included, and to think not long ago we were used to small 5 megapixel lenses that would never be able to replace a point and shoot camera.

Thankfully Nokia were one company who decided to focus on this area, no pun intended, and really hammered down to get the best mobile camera experience possible.

The video below is using the 1020, but the same controls are available on the 930 and shows what you can expect to see on this newer device.

The team at @Connects kindly loaned me a Lumia 930 to take as many photos as possible on, and with a trip to London coming up this was ideal to try it out in all conditions and see just how good this latest version is.

Just in case you did not know, the Lumia 930 features a 20 megapixel camera with Zeiss optics and PureView technology, this sounds fancy and to be honest it is, the results speak for themselves as you will see below.

There is also a dual-LED flash on the back to help with low light conditions and unlike the Lumia 1020, the camera lens does not stick out on the back meaning it can lie flat on a desk.

The photos above were in various locations in different lighting conditions so you get some close up macro shots, as well as some low light ones in an aquarium of moving animals, something most camera phones find hard to capture without blur.

I must have taken over 80 photos in a short time, and the ones above are the best and also none of them have been edited, so no adjustments to the captured image.

Another thing that makes the Lumia range with PureView techniology so great is the camera software used giving you full conrol over settings which you can see live on the screen.

This allows you to adjust things like the ISO, shutter speed, white balance and manual focus level for the best all round photo you can get.

There are some great camera phones out there such as the Samsung K Zoom, Sony Xperia Z2 and HTC One M8, but what Nokia did with the great optics and the great software working together is something any pro photographer would like to use on a mobile device.

Many thanks to Connects for loaning me a Lumia 930 to show off the camera this great new smartphone has to offer everyone, and with the new software coming out in the next few months you can also capture 4K video on the move!.