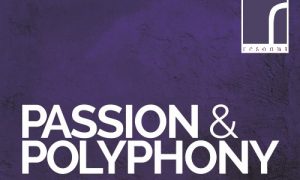 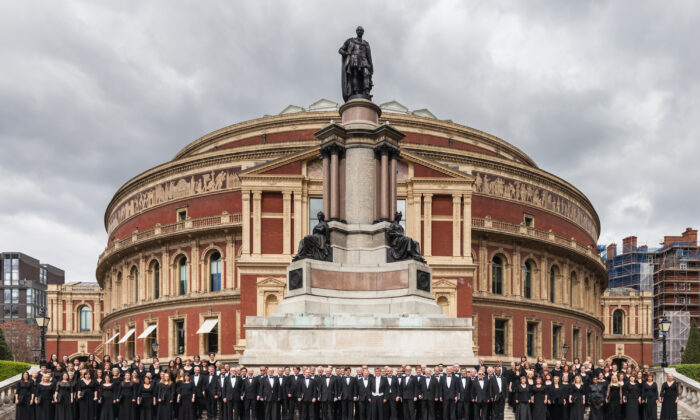 The Royal Choral Society will return to the Royal Albert Hall this weekend for its annual performance of Handel’s Messiah—which was delayed from Good Friday due to the pandemic.

The performance will be one of the first to take place at the venue, in Kensington, London, as COVID-19 restrictions continue to ease in England under Boris Johnson’s roadmap out of lockdown.

The Royal Albert Hall (RAH), one of London’s most iconic venues, will reopen on May 29 with a series of socially distanced events before returning to a full house from July 6.

Under social distancing rules, the RAH will only release 1,000 tickets for each of the concerts in its programme ahead of July—around 20 percent of its pre-pandemic capacity.

The RCS has performed Handel’s Messiah—composed in 1741 by George Frideric Handel—at the Royal Albert Hall almost every Good Friday for nearly 150 years.

The only exceptions to this tradition were during the Blitz in 1940 and amid the COVID-19 lockdown.

Last year, the RCS opted to remotely livestream their performance rather than cancel it altogether.

But the choir is poised for a grand return on May 30—with RCS Music Director Richard Cooke conducting the emotive piece for the 25th year.

Speaking ahead of the performance, Cooke told NTD that Messiah is a popular choral piece because of “its sheer stature in terms of composition.”

“You go through the overture, and immediately you’re launched into the depths of ‘comfort ye my people,’ the beautiful recitative that begins the singing part, and throughout the work there are moments of great poignancy.”

He added the sense of occasion builds in the piece as it reaches the Hallelujah Chorus and the aria “I know that my redeemer liveth.”

“Handel did really achieve a magnificence in the last section of Messiah, it had been going on all the way through, but for me it’s an ever more humbling and uplifting experience.”

He said one of the highlights is the Amen Chorus finishing with a top A in the sopranos.

“It really can’t fail to move you, and the more you know it, you expect your favourite moments, you know when they come and you feel a sort of glow around you, both performers and audience alike, when one of the most beautiful moments happens.”

Cooke said he typically doesn’t face nerves when stepping up to conduct Messiah, just a sense of occasion and awe. But things don’t always go as planned, he added.

The concert will be performed with organ accompaniment rather than full orchestra under social distancing rules. Organist Richard Pearce is set to accompany the acclaimed choir on the Royal Albert Hall’s famous organ with its 10,000 pipes.

Speaking of Handel’s Messiah, Cooke said: ”Because George II is reputed to have stood up when he heard it, whether this is a true story or not I don’t know but we stand up in the Albert Hall normally, and it’s another moment you feel part of something big.”

The performance of Messiah is part of the Royal Albert Hall’s 150th-anniversary celebrations.

It has been performed in full more than 500 times at the venue and it was estimated that five million audience members have seen a performance of Messiah at the Hall.

Cooke added: “It was so disappointing to have to cancel our 144th annual Messiah at the Royal Albert Hall in 2020, and we thought we’d lost this year’s as well—having missed the usual Easter date—so we are indebted to our friends at the Hall for allowing this year’s performance to go ahead, albeit a little later than usual.”

“We have all missed live performance, and there is no better work than Handel’s Messiah for raising the roof.”