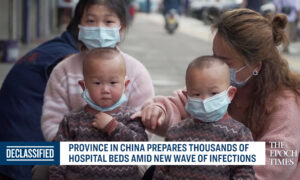 China: New Wave of Infections on the Way
0 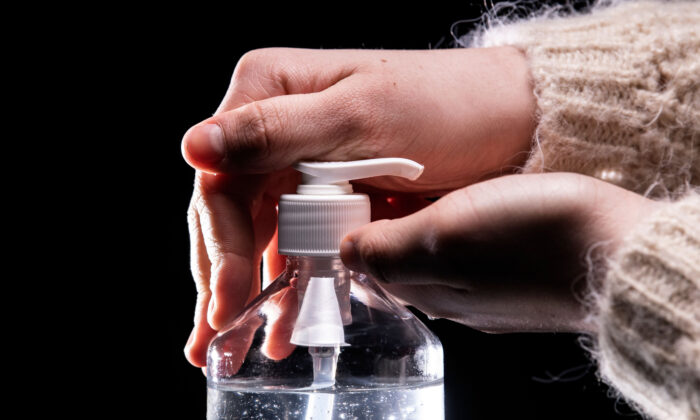 A person takes from a bottle of hydroalcoholic hand sanitizer in Paris on March 5, 2020. (Lionel Bonaventure/AFP via Getty Images)
AMERICA

Hand sanitizer, an item in high demand during the CCP virus pandemic, could be even harder to find due to a plastic bottle shortage and a key compound that is used in the process.

Plastic-container producer Berry Global Group Inc. said that with the increase in food production during the epidemic, resources have to be devoted elsewhere.

“We’re not selling 6-ounce containers to hand sanitizer companies, we’re selling those to yogurt companies,” spokeswoman Amy Waterman told Bloomberg News in confirming the potential shortage of hand sanitizer. She noted that “people have to eat.”

Berry Global Group increased capacity of plastic-container production at its North Carolina plant in March by about 33 percent, Waterman said.

“If you want to go out and try and find bottles that everyone wants to use, you won’t be using them. You’ll be waiting weeks and months,” RPP Products Inc. Chief Executive Officer Eric Zwigart told the news outlet. He said that the firm has started making hand sanitizer several weeks ago but has been forced to package it in automotive bottles instead of the standard hand sanitizer bottles.

And a cosmetics company that sells hand sanitizer said that it is running out of chemical compounds to make the gel in hand sanitizer.

The firm has less than a two-week supply because of the spike in demand, which has “emptied the inventory of everything that’s available,” California-based QYK Brands LLC Chief Executive Officer Rakesh Tammabattula told Bloomberg.

It comes as other companies such as breweries or hard alcohol producers have started making hand sanitizer. That includes a Bacardi facility in Jacksonville, Florida.

“Our goal was to really target those that are on the frontlines of this pandemic and interacting with the public probably the most. That lends itself to our first responders and our medical professionals,” Darrin Mueller, director of operations for Bacardi Bottling Corporation, said to Fox News. “So, those throughout hospitals that are running short on supply, those out on the field.”

Hand sanitizer, soaps, and aerosol disinfectants saw large increases in sales when the virus started to threaten the United States in March, according to data from Neilsen obtained by Business Insider. But other products including yeast, spiral hams, and men’s hair clippers have seen an increase in recent days.