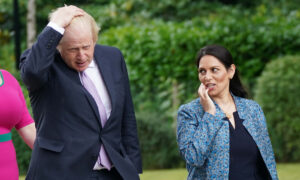 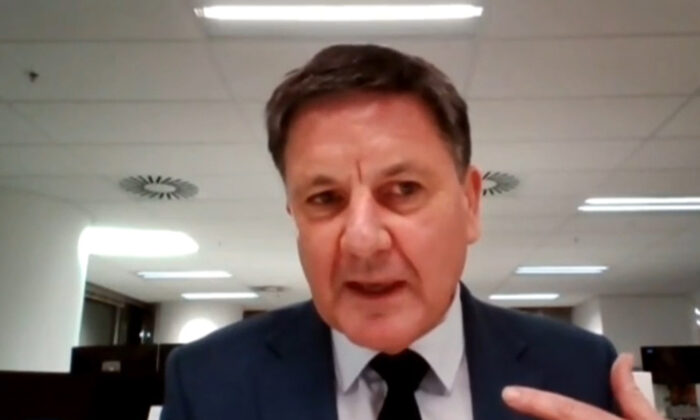 Hancock resigned from the Cabinet after footage published by The Sun newspaper showed him kissing aide Gina Coladangelo in his departmental office, in breach of COVID-19 rules.

The Information Commissioner’s Office (ICO) faced criticism over a raid on two homes in the south of England where it seized computer equipment, as it probes an alleged data breach relating to the incident.

John Edwards, who is being lined up to take over the role from November, told MPs on Thursday he saw no evidence to suggest outgoing Commissioner Elizabeth Denham overstepped her legal duties and powers available.

“I have immense respect for the role of the press and I’m happy for them to police their own standards and how they go about obtaining their information and what they’ve published, they’re answerable to their editors, to their shareholders, and ultimately to the courts,” he said.

“But that is not what the information commissioner, in my understanding, was investigating.

“I don’t know how it got to the press but I think investigating the security of a government facility such as that, and the way in which it is responsible for data it is entrusted with, is an entirely legitimate activity of an information commissioner.

“And that does not necessarily have to impure the actions or engage the actions of the press, which ultimately reported on the contents of that.”

Edwards, who is currently New Zealand’s privacy commissioner, is the government’s preferred candidate to succeed Denham as her five-year tenure comes to an end.

Speaking to the Digital, Culture, Media, and Sport Committee, he praised Denham’s work on the Age Appropriate Design Code, which has pushed tech giants to implement tougher safeguards for children’s data globally.

He was also asked about his thoughts on Facebook, after calling the tech giant “morally bankrupt pathological liars” in the wake of 2019’s Christchurch attacks.

“That tweet came from a very profound context of national shock and grief at a very egregious terrorist act that was facilitated, amplified, and propagated through that particular platform,” he told MPs.

“Facebook and every other organisation which is subject to the ICO’s jurisdiction can expect a fair and impartial inquiry when I occupy that role, without predetermination.”