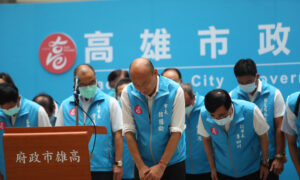 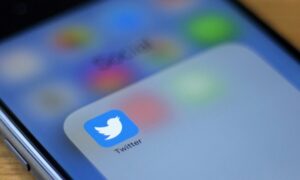 Han Kuo-yu is the first Taiwan mayor ever removed from the office. Some netizens prepared a short film showing how Han dishonored his promises, as well as his various misstatements, and more importantly, his close relationship with the CCP.

Why did Kaohsiung citizens vote to oust Han in 2020? In November 2018, Han was elected as the mayor of Kaohsiung, the third-largest city in Taiwan; but started a campaign for president less than five months later. He also made a lot of misstatements, making him a controversial figure. It was revealed in 2019 that Han was part of the Ph.D. program of Government and Management at Peking University in China from 2001 to 2009. Thus, he is basically an agent trained by the CCP. Although Han Kuo-Yu denies it, his relationship with the CCP has always been in question.

In a press conference with reporters on Nov. 27, 2019, a reporter asked: “Do you think the CCP has intervened in Taiwan’s elections? Will you call on the CCP to not interfere with Taiwan’s election?”

Han replied: “When I was listening to you, my right ear was ringing. Now I have to listen with my left ear, which media are you with? Report your media name first.”

In another press conference with the media on June 9th, 2019, a reporter asked, “ Hong Kong people are marching through Hong Kong today, protesting the Hong Kong government’s amendment to the Extradition Bill.”

On June 17th, 2019, a reporter mentioned, “Millions of Hong Kong people protested on the streets yesterday.”

Han then responded: “Oh OK, thank you, thank you.”

Han has avoided talking about the CCP and the Hong Kong people protesting the extradition bill. In March 2019, Han visited the CCP Liaison Office in Hong Kong without a public announcement, which triggered a national uproar. He still has not explained the purpose of his visit. The overwhelming public resentment and his vague relationship with the CCP set off a wave of movements to recall him.

Three times, Han filed appeals with the Taipei High Administrative Court to suspend the recall vote. Each was rejected.

Some netizens prepared a three-minute film showing how Han has not met his promises since he was elected, as well as various misstatements and misbehavior he made, which almost explain why Kaohsiung people wanted Han removed from office. Tallying the promises made by the Kaohsiung Mayor, Han Kuo-Yu, very few were achieved. As soon as he was elected as mayor, he rushed to become a presidential candidate. The recall movement supporters see Han as totally lacking integrity.

Hsu Yung-ming, Chairman of the New Power Party, said: “I think Han Kuo-yu better clarify his relationship with China (CCP) before the recall vote and apologize to the public for visiting the (Hong Kong) Liaison Office.”

On June 6, the recall vote day, the number of votes in favor of Han Kuo-yu’s recall exceeded the minimum threshold of 574,996. Under Taiwanese law, the recall of a municipal leader requires a turnout of at least 25 percent of eligible voters—574,996 in this case—and a majority vote in favor of the recall.

Han Kuo-yu held a press conference and talked about his gratitude, regrets, and blessings, but didn’t apologize and didn’t accept any interviews.

Han Kuo-yu said: “If led in a good direction, this city will shine. I look forward to the next mayor, who will also enable Kaohsiung’s municipal administration to prosper, and let Kaohsiung citizens live in peace and happiness.”

According to information from the Kaohsiung City Election Commission at 6 p.m. on June 6, the number of ballots in favor of the recall was 939,090, which exceeded the 892,545 votes Han received when he was elected mayor in 2018. The four leaders of the recall initiative said that the victory belongs to all Kaohsiung citizens and called for putting down the opposition after the recall vote and reconstructing Kaohsiung together.

Chen Kuan-jong, the legal leader of the recall initiative, said: “Starting today, please return home and hug your family members, embrace people with different points of view, and embrace people around you and all Kaohsiung people. Next, let’s rebuild Kaohsiung together.”