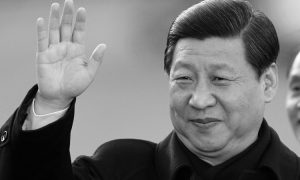 Gidon Belmaker
biggersmaller
Print
TEL AVIV—Hamas did not receive the support it had hoped for from other Arab governments after the Israeli raids in Gaza. The Israeli Air Force (IAF) attacks were even half-heartedly accepted in countries. The fact that even Mahmoud Abbas, the president of the Palestinian Authority and Ahmed Abu Algheit, Egypt’s foreign minister, blamed Hamas for being responsible for the attacks can imply something about Hamas’s positions in the area.

Abu Algheit attacked Hamas in the strongest words. Since the beginning of operation “Cast Lead,” the divide between Egypt and Hamas is widening. Up until now, Egypt tried to mediate an agreement between Israel and the Hamas; now, it seems, Egypt is a bit fed up with it. The prospect of an organized Hammasic state in the Gaza strip frightens the Egyptians as it frightens the Israelis, since the Islamist Palestinian terror organization is rooted not in the Palestinian territory, but in the Islamist opposition to Mubarak’s regime—the Muslim Brotherhood in Egypt. After a year of Hamas rule in Gaza, its true aims are starting to surface.

In contrast to Hamas’s reassurance that it will not turn the Gaza strip to an Emirate that is ruled by Islamic religious law, since it’s forceful takeover of the strip, Sharia (the Islamic law) had become the primary law in Gaza. After the takeover last year, many in Gaza started to grow beards, due to harassment of those with “secular” appearance by Hamas security forces. The Islamic Legal Committee had been formed to replace the district attorney’s office because lawyers did not appear for work. Furthermore, Hamas’s full control over the media and education system allows it to further indoctrinate Gaza youth.

Hamas has seemingly won its reign after receiving its legitimacy from the Palestinian public in democratic elections urged by the United States. Actually, after a few months in which the Palestinian Authority has suffered isolation from the international community, Hamas has taken over Gaza forcefully and occupied it from Abu Mazen and founded an alternative government with all of its institutions. Hamas is ruling by violent repression against Fatah and other movements, and it was also strengthening its own governmental and military apparatuses.

Since Hamas has established itself has the ruler de facto of the Gaza strip, it has built a closed hierarchal governmental organization with inner police, a military force that is supposed to fight against Israel, and organized governmental institutions. Before its takeover it had already enjoyed huge financial support from Islamic charity organizations from all over the world. This money was primarily used to strengthen welfare organizations, cultural organizations, and health and education institutions, but was also a way to get public support. Before the takeover, these organizations were acting as oppositional organizations undermining the Palestinian Authority apparatuses.

After it took over Gaza, the civil infrastructure replaced the governmental welfare systems that were not functioning due to the financial difficulties of Hanya’s regime. These welfare organizations were turned into another force of the Hamas regime and they are covering its failures. The private education system operated by these organizations is taking the place of the governmental educational system and is injecting the values of Hamas into the youth.

According to a survey that was held in the Palestinian populace and was published in “Al Hayat” newspaper, 74 percent of the Palestinians supported a ceasefire between Israel and Hamas. The same survey shows that the number of people supporting Fatah is twice as big as the number of people supporting Hamas. Most of the people questioned said the main issue to consider in the next elections in the Palestinian Authority is going to be the siege on Gaza and improving their lifestyles. Hamas, like the Lebanon-based Hezbollah, based its rocket launchers inside civil areas.

Although IDF said the attacks were precise, U.N. data show that dozens of civilians were killed during the IAF attacks. The Palestinian citizens, who according to what the survey showed basically want to live normal life, were compelled to be part of a game that Hamas is playing at their expense, in order to establish its reign.