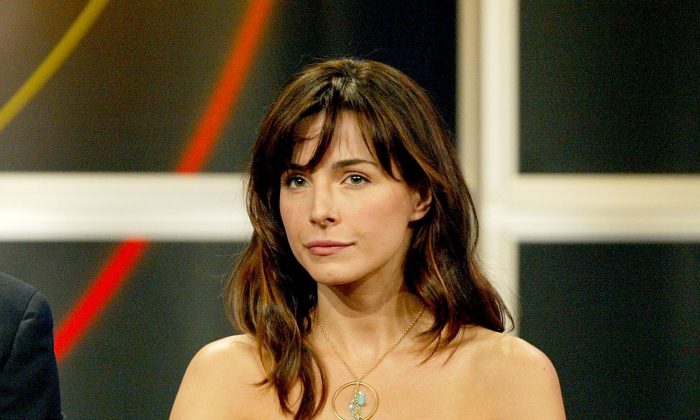 “Halt and Catch Fire” and “CSI” actress Lisa Sheridan died in her home in New Orleans, according to reports. She was 44.

Her manager, Mitch Clem, confirmed the actress’ death to People magazine, saying her cause of death hasn’t been revealed.

Clem said she didn’t kill herself.

I just received news that my dear friend, actress Lisa Sheridan, has passed away. She was found Monday morning. I am…

“We all loved Lisa very much and are devastated by the loss we all feel,” Clem told the magazine.

Sheridan died on the morning of Feb. 25 “at home” and “in her apartment in New Orleans,” he added.

“We are waiting for a coroner’s report on cause of death,” he said.

He continued: “The family has unequivocally confirmed that this is not a suicide. Any suggestion to the contrary is absolutely, 100 percent unfounded.”

According to Variety, Sheridan went to Carnegie Mellon School in Pittsburgh and had more than 30 television credits in her career.

Donna D’Errico, her co-star on “Only God Can,” confirmed her death on Facebook.

Posted by Variety on Wednesday, 27 February 2019

“I am sitting here stunned. Lisa and I filmed a movie together 5 years ago and became very close on set and remained close friends after filming ended. It’s so rare to find kind, gentle souls like hers in this industry, this city…even this world,” D’Errico wrote on Facebook.

Describing Sheridan as “genuinely sweet and gentle,” D’Errico said she “brought a sweetness and bright energy to any room she happened to walk into…even in her darker times.”

She included a photo of the two together.

“I had just spoken with her and everything seemed great and she seemed happy and in good spirits. Everyone who knew her loved and adored her. Goodbye and goodnight sweet angel…I will miss you terribly. Please send up prayers for her family,” the actress wrote.

Michael Dunaway, an editor and magazine editor, also paid tribute to her on Instagram.

Fellow stars are mourning the loss of the beloved actress, "we all loved Lisa very much and are devastated by the loss we all feel."

Posted by People on Wednesday, 27 February 2019

“I met Lisa when she was fourteen years old, over thirty years ago. We were immediately attached at the hip, true soulmates from minute one,” he said via Instagram.

“For the rest of the days of her life, she was a central part of mine. She was beautiful, obviously, and an immensely talented actor, and a wonderful friend, but more than anything she really did radiate this impossibly bright energy and life. Even in her dark moments.”

Dunaway noted that the actress struggled “over the last few years.”

He added that “she had plenty” of “dark moments,” he said. “During these later years she took to telling me, “You’re the greatest big brother a girl could ever have.’ It was how we ended each conversation.”

“I treasured it then, and I treasure it even more now knowing I’ll never hear it again, this side of the river. So good night, my sweet little sister,” he added. “No one will ever again be to me what you were, and are. I’m trying to take comfort in knowing your struggles and pain and grief are ‘at last, and last behind you.’ I love you with all my heart, yesterday, today, and forever. Sorry that I can’t write more; it’s just still too painful.”