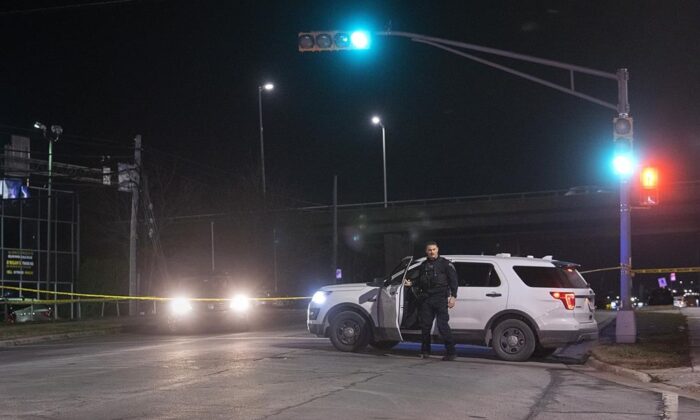 A Halifax Regional Police officer exits his vehicle at the scene of a fatal shooting in Dartmouth, N.S., Dec. 21, 2021. (The Canadian Press/Andrew Vaughan)
Canada

DARTMOUTH, N.S.—Halifax police are looking for two suspects after an 8-year-old boy was fatally shot while inside a car with an adult Tuesday afternoon.

Const. John MacLeod today identified the child as Lee-Marion Cain, who was shot along with a 26-year-old man.

Police responded to a call about the shooting Tuesday at around 4 p.m. near the intersection of Windmill Road and Waddell Avenue in the Halifax suburb of Dartmouth.

MacLeod says shots were fired from one vehicle into another, hitting Lee-Marion, who died after being transported to hospital, and the man, whose injuries were described as not life-threatening.

The suspects in the shooting are described as two Black men driving a burgundy SUV, possibly a Chevrolet, with tinted windows.

MacLeod says no arrests have been made, and anyone with information about the shooting is asked to contact police as the investigation continues.