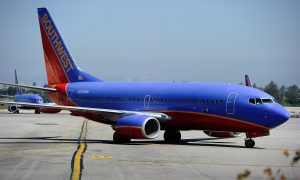 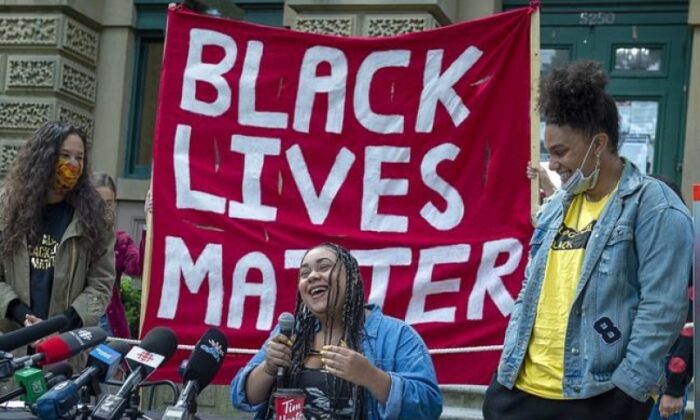 Santina Rao addresses supporters outside provincial court in Halifax on July 7, 2020 after charges against her were dropped. Nova Scotia's police watchdog agency has cleared two Halifax police officers of any wrongdoing following their violent, high-profile arrest of Rao who said she was a victim of racial profiling. (THE CANADIAN PRESS/Andrew Vaughan)
Canada

HALIFAX—Nova Scotia’s police watchdog has cleared two officers of wrongdoing following the arrest of a Black woman who was struck in the face by one officer and later alleged she was a victim of racial profiling.

The Serious Incident Response Team released a report Wednesday saying the arrest of Santina Rao in a Walmart on Jan. 15 did not involve the use of excessive force, even though she and one of the officers were injured.

Agency director Felix Cacchione issued a statement saying the watchdog’s investigation found Rao was agitated when approached by a Halifax Regional Police officer, who was responding to a shoplifting complaint.

When Rao was questioned about the contents of her stroller, she became more upset, accused the officer of being racist and started yelling when a second officer arrived, the report says.

The team’s investigation concluded both officers tried to de-escalate the situation before Rao was warned she could be arrested for causing a disturbance.

But the situation quickly deteriorated.

When Rao walked toward a store employee, the second officer grabbed her by the arm and pulled her to the floor, the report says.

A cellphone video of the incident shows police wrestling Rao to the floor as she protests. She suffered a broken wrist and a concussion, which prompted the watchdog’s investigation.

“She resisted and scratched the officer’s face with her nails before being taken to the ground,” Cacchione’s statement says.

“While on the ground, she scratched his face again, drawing blood and then struck him in the groin. The officer responded by striking her in the face.”

The investigation concluded the officer’s actions were reasonable, given the “aggressiveness” of the suspect and the officer’s efforts to protect himself.

In July, the Crown dropped all charges against Rao, including disturbing the peace, resisting arrest and assaulting an officer.

At the time, Rao told a news conference she tried to show the officers receipts for products she had placed in the stroller, and she said she agreed to let them search her purse and the stroller.

Rao said she was in the toy aisle with her son—a toddler in a stroller—and her three-year-old daughter when she was approached by two officers, two Walmart employees and one mall security officer.

She said she was accused of shoplifting because she had placed $6.50 worth of produce in the bottom rack of the stroller, which she said is common for mothers who already have their hands full with excited children.

The 23-year-old mother of two said she planned to file a formal complaint against Halifax Regional Police and file civil actions against the police force and Walmart.

Rao’s lawyer, Gordon Allen, said the complaint under the Police Act and the lawsuits would look into broader issues, including bias and racial profiling.

“We recognize that this incident has been the subject of significant public interest, but … it is important to let due process unfold,” MacLeod said. “Building trust with communities we serve is a priority for HRP.”