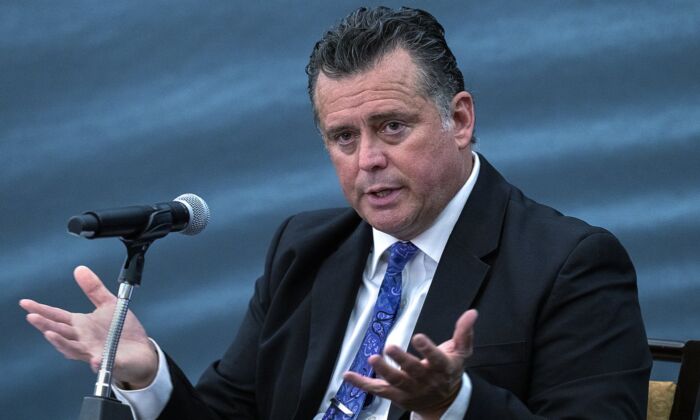 Halifax’s police chief says his offer to send officers to back up the RCMP’s response to the April 2020 mass shooting was turned down, even after senior tactical officers at the city were pushing for the force to send help.

Dan Kinsella testified Thursday at the public inquiry investigating how a gunman driving a replica car murdered 22 people in the province on April 18-19, 2020.

Kinsella said he telephoned Supt. Janice Gray, who was in charge of the RCMP in the Halifax area, to offer assistance at about 8 a.m. on April 19. He said he asked, “How can we help?” and he said Gray responded that the RCMP would let him know.

Asked why he waited until 8 a.m. that morning to call the RCMP, Kinsella replied, “It was my understanding that the offer had been made (earlier) by the (Halifax police) watch commander, the duty officer who had been communicating with the RCMP officers on the ground.”

Kinsella said the offer to assist was open, but “you can’t just get in your car and drive to the scene. You could, but it’s just not good police business.”

He said he telephoned a second time to offer help after the gunman was killed at a gas station in Enfield, N.S., and was again told the force’s assistance wasn’t required immediately.

Kinsella also faced questions about the adequacy of Halifax police’s response, sparked by critical comments made by a now-retired sergeant with the Halifax police emergency response team—known as ERT. In a September 2021 interview between inquiry lawyers and Charles Naugle, who was working with the ERT during the rampage, he said Halifax police did not do enough to respond to the shootings.

“That is frustrating beyond belief that we didn’t try; we did not try at all, and I’ll tell that to anybody who wants to ask,” Naugle said.

Another Halifax police tactical officer, Const. Brock Brooks, said in an April 2020 email released by the inquiry that “it seemed like to ERT members that management were just counting on (shooter Gabriel) Wortman (to be) deceased at the scene.”

Naugle said it was a fight to get resources and extra personnel for the response to the active shooting and that his requests to offer assistance were denied.

Kinsella said he disagrees that the Halifax police didn’t try. “We were doing a number of things that we were asked to do within (the Halifax area) by the RCMP,” Kinsella said.

“As a matter of fact, we did everything we were asked.” He said the Halifax police sent officers to guard several homes and family members, as the RCMP had requested.

Co-ordination between RCMP and municipal police forces during the mass shooting has been a point of contention during the inquiry.

He was also asked about a September 2021 “wellness report” commissioned by the RCMP, which noted that Mounties said there was an ongoing “turf battle” between the Halifax police and the Nova Scotia RCMP regarding funding and control over police operations.

The report, released in a redacted form at the public inquiry, quoted officers accusing Halifax police leadership of “doing everything” they could to “undermine and break the relationship with the RCMP in order to access more resources from (Halifax Regional Municipality) and the province.”

Kinsella said he had only recently learned of the report and wishes he had read it when it was published. He said he knows that the integrated police unit—in which Halifax officers and RCMP work together—“is not perfect.” Kinsella said that had he known about these complaints, he would have initiated a discussion with the RCMP to work on improving the relationship.

RCMP Commissioner Brenda Lucki testified on Tuesday at the inquiry that she wasn’t aware for several months that the wellness report had been completed, adding that she first saw the report in June of this year.

Kinsella was subpoenaed in mid-July to appear before the commission. Normally, the major police leaders who have testified participated in lengthy, preliminary interviews with commission lawyers. However, Kinsella cancelled three scheduled interviews with the public inquiry’s lawyers.

Rachel Young, a lawyer for the inquiry, said in a July 13 letter to the municipality’s lawyer that Kinsella’s decisions had been a “missed opportunity to contribute to a conversation on public safety.”

By Lyndsay Armstrong and Michael Tutton