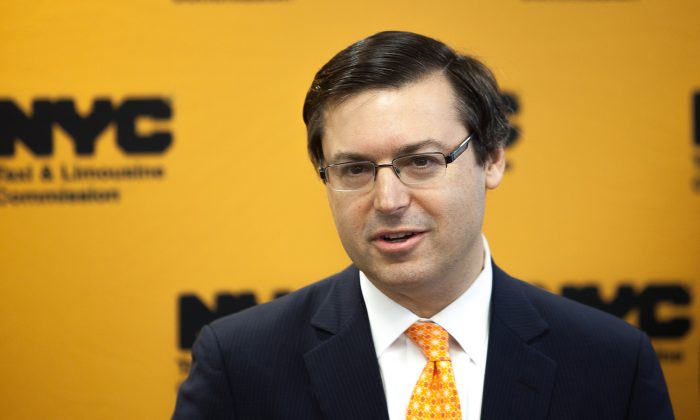 Half the Cabs to Be Wheelchair Accessible in NYC

NEW YORK—As if catching a cab in New York City isn’t hard enough, Crystal Rivera has to look for one to pick her up with her wheelchair. There are so few, she can whistle for them. And even getting one by phone is a pain.

“They take long time to dispatch,” she said.

But there is hope on the horizon.

Starting in 2016, every second new yellow taxi car to hit the streets will have to be wheelchair accessible.

The decision came as a settlement to a class-action lawsuit which dragged on since 2011. The plaintiffs claimed that city’s barely accessible yellow cab fleet violates Americans With Disabilities Act.

The plaintiffs and the city reached an agreement that by 2020, phasing in with new vehicles, half of the yellow cab fleet will be accessible, announcing it at a press conference in the Taxi and Limousine Commission (TLC) headquarters Downtown Manhattan on Dec 6.

The city kept the two years until 2016 to “make sure there is a vehicle available that is both hybrid and able to be converted,” said David Yassky, TLC commissioner.

It costs about $15,000 to convert a standard taxi to an accessible one, but Yassky is optimistic the industry will cooperate.

“The cost is manageable,” he said. “It’s a very small fraction of the overall operation cost.”

Newly issued taxi licenses all require wheelchair accessible cars. Last month, the city auctioned off 200 medallions, and in the next three years 2,000 more will follow.

The settlement doesn’t apply to the lime-green borough taxis that already have a quota of 20 percent wheelchair accessible cars.