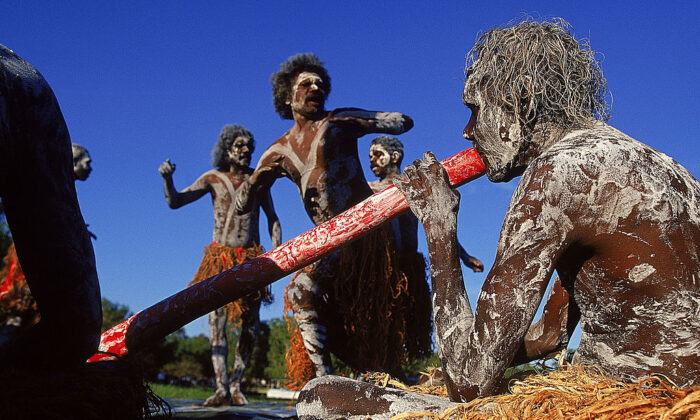 Half of Australia’s Kakadu National Park Returns to Traditional Custodians

Almost half of the Northern Territory’s (NT) Kakadu National Park, situated 250 kilometres west of Darwin, returned to Indigenous hands on Thursday as the federal government finalises six Aboriginal land grants across the NT.

In a ceremony held at Cooinda, Kakadu, Minister for Indigenous Australians, Ken Wyatt, handed back to traditional owners the freehold title over four land claims totalling 9,733 square kilometres of the iconic national park.

Minister for the Environment, Sussan Ley, said these four land handbacks mean that almost all the land within Kakadu is now under Indigenous ownership.

Australia’s largest land-based national park, Kakadu covers nearly 20,000 square kilometres and is renowned for its cultural richness, including more than 5,000 Indigenous rock art sites, which date back through the 60,000 years of continuous aboriginal habitation of the region.  it is also known for its natural beauty of thundering waterfalls, rocky gorges, and lush rainforests

“Back in 1977, the Ranger Uranium Environmental Inquiry recommended the recognition of the land in the Alligator Rivers Region—what we know as stage one, Kakadu National Park—as Aboriginal land under the Aboriginal Land Rights (Northern Territory) Act 1976,” he said

“For too long there have been two classes of land in Kakadu National Park—Aboriginal land and other land ‘subject to Aboriginal land claim’. Today that has been fixed once and for all time.

Bush-Blanasi went on to say the return of this land opens up a range of new and exciting opportunities in investment and tourism.

“There are new opportunities for Traditional Owners to be directing, involved in, and to benefit from improved and enhanced park operations, fire abatement programs, and the new carbon economy. These are just a few examples,” he said.

“Traditional Owners can also take better care of their country through improved joint management and cultural site protection and by caring for their country as only they know how to.”

Bush-Blanasi also spoke of the opportunities for cultural rejuvenation and celebration of the living cultural traditions of traditional owners.

“The granting of this land recognises this in law, giving traditional owners a seat, a say in the management of their land. It affords Aboriginal people the right to assert their cultural authority and to build partnerships to manage their land for the ongoing benefit of their communities,” he said.

Wyatt added that the handbacks go towards target 15 of the National Agreement of Closing the Gap that aims to increase Aboriginal and Torres Strait Islander peoples’ legal rights in land and sea country by 15 percent.

“These Deeds are a testament to the hard work of the Traditional Owners, the Northern Land Council and good faith negotiation from Parks Australia and the Northern Territory Government to reach an agreement that all parties can celebrate.”