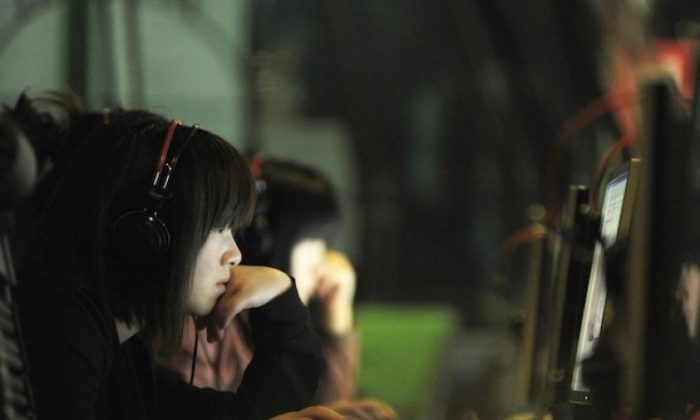 People at an internet cafe in Beijing, China on May 12, 2015. Hackers from China reportedly have compromised the computer network of the Australian National University (ANU). (Gou Yige/Getty Images)
Asia & Pacific

Hackers from China broke into the computer network of Australian National University (ANU), one of the nation’s leading research institutions for national security and defense projects. The hacking comes amidst Australia’s increasing concern about Beijing’s political interference and other forms of encroachment.

The Sydney Morning Herald reported the hacking of ANU and said that the Chinese regime is the prime suspect, citing national security sources in Australia. The attack that was launched from China “significantly compromised” the university’s computer network, according to Australian officials.

It is not yet known for how long Chinese hackers gained control of ANU’s computers, but an ANU spokeswoman confirmed that the university has been working with Australian government agencies for several months to “minimize the impact of this threat,” implying that the hacking took place during or before early this year.

“Current assessments indicate no staff, student or research information has been taken and counter-measures are being undertaken,” the ANU spokeswoman said.

Alastair MacGibbon, the head of the Australian Cyber Security Centre, said that he was aware of countries that “actively try to steal IP from tertiary institutions and research centers,” when asked about the hacking of ANU, without naming China.

It is known that ANU first came under cyber threat last year, when university chancellor Gareth Evans warned that international students needed to be protected from foreign espionage operations.

Situated in Australia’s capital, Canberra, ANU is one of Australia’s top institutions for research on national security projects ranging from strategic studies to cybersecurity. It is also home to Australia’s National Security College, which trains Australian defense and intelligence officials and hosts classified meetings.

“This hack might have been aiming to steal information for commercial gain or for strategic or technological gain for the Chinese military,” said Alex Joske, a China researcher for the Australian Strategic Policy Institute’s International Cyber Policy Centre, as quoted in the Sydney Morning Herald.

This is not the first time the Chinese regime has been suspected of hacking into Australia’s major computer networks. In 2015, malicious software was found in the computer system of Australia’s Bureau of Meteorology, which allowed hackers to steal information from it. Experts accused China of being the culprit in that attack as well.

China signed an agreement with Australia in April 2017 in which the two countries promised not to hack one another to steal intellectual property, trade secrets or confidential information. It is not yet known if Canberra has made an inquiry to Beijing regarding the ANU hacking.

Since 2017, the Chinese regime’s control and influence over Australia’s political institutions, businesses, and academia, as well as the Chinese students studying there, have been increasingly highlighted by the media and government. How to confront Beijing’s authoritarian encroachments, without sacrificing economic gains from engagement with China, has become the country’s top challenge.

Australian universities such as ANU have grown to be heavily dependent on tuition fees from Chinese students. In 2017, China provided the most international students in Australia. At 231,100, Chinese students almost tripled the number from second-place India, at 87,000.

ANU reportedly rejected a multimillion-dollar donation from a billionaire property developer in 2016, following an Australian intelligence agency’s warnings that the benefactor had links to the Chinese Communist Party.