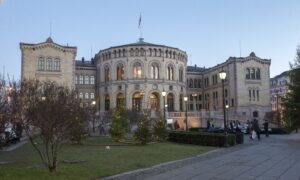 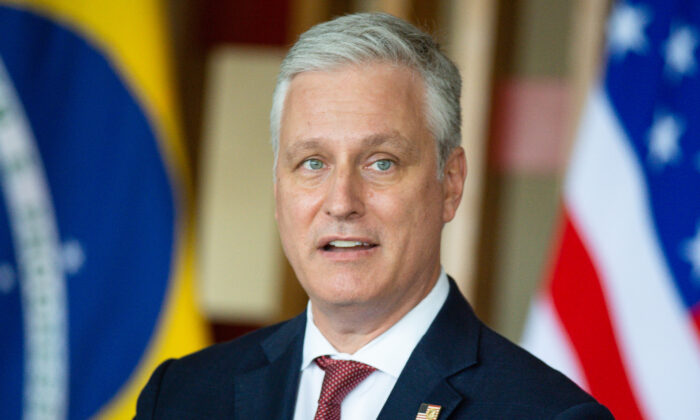 There is “nothing” foreign adversaries can do to change your vote in the computer network “or stop you from voting,” O’Brien said, during an appearance on CBS’s “Face the Nation.”

His remarks followed a joint warning from the FBI and the Department of Homeland Security’s Cybersecurity and Infrastructure Security Agency (CISA) last week that Russian hackers had recently been targeting dozens of state, local, tribal, and territorial U.S. governments, as well as aviation networks.

The hacking group, sometimes referred to by researchers as Berserk Bear, Dragonfly, Energetic Bear, TeamSpy, Havex, Crouching Yeti, and Koala, successfully stole data from at least two servers, the agencies warned in an alert on Oct. 22.

With less than two weeks to go before the presidential election, O’Brien assured voters that Iranian disinformation claims, including emails that claimed to be from the “Proud Boys” group, saying that they knew how Americans had voted, weren’t true and that any attempts to meddle in the election are an attempt to “sow discord among Americans.”

“They’re trying to create chaos, and they’re doing it in whatever way they can.”

The best way for voters to “defeat our foreign adversaries” is to “get out and vote,” he said.

When asked by CBS’s Margaret Brennan whether Russian hackers could infiltrate U.S. election systems to alter votes or make it harder for Americans to vote, O’Brien said that “they can’t do either of those things.”

“And we got a hold of them early on because we’ve got great cyber folks and we put a sock to it,” he said. “There’s nothing they can do to change your vote or to stop you from voting.”

The FBI and CISA warned that since at least September, the group “has conducted a campaign against a wide variety of U.S. targets.”

Those who were targeted aren’t identified in the advisory by name or location; the agencies said they had no information to indicate the hackers had intentionally disrupted any elections or government operations.

“However, the actor may be seeking access to obtain future disruption options, to influence U.S. policies and actions, or to delegitimize SLTT government entities,” the alert said.

He also highlighted the Iranian government’s involvement in recent “spoofed emails” that were designed to intimidate and incite social unrest in the United States. Some Americans received emails threatening retribution unless they vote to reelect President Donald Trump.

Director of National Intelligence John Ratcliffe said in a press conference last week that Iran also was spreading a video that included disinformation, suggesting incorrectly that people could cast fraudulent ballots “even from overseas.”

Attorney General William Barr told CNN on Sept. 2 that he believes the CCP poses the greatest threat, pushing back on largely Democratic claims that the Kremlin is trying to meddle in the election to secure Trump’s reelection.

“I believe it’s China,” Barr said at the time. “China more than Russia right now.” But he stressed that he wouldn’t be surprised if Russia or another foreign state actor tries to meddle in the election just as they did during the 2016 election.

Meanwhile, William Evanina, director of the National Counterintelligence and Security Center, which is part of the Office of the Director of National Intelligence, found that China, Russia, and Iran are seeking to undermine the 2020 U.S. elections.

Evanina said the Chinese regime is on the top of its list, saying Beijing has escalated its influence efforts to shape U.S. policy, pressure politicians, and tamp down criticism of the CCP.

O’Brien noted that the Trump administration has warned foreign adversaries against tampering with ballots, saying that there will be “severe consequences to anyone who attempts to interfere with our elections on Election Day,” without elaborating.

“We’ve told our foreign adversaries, ‘Don’t try to mess with the ballots.’ And it is very hard for them to do so,” he said.

Jack Phillips and Melanie Sun contributed to this report.