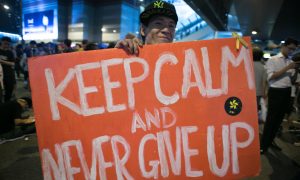 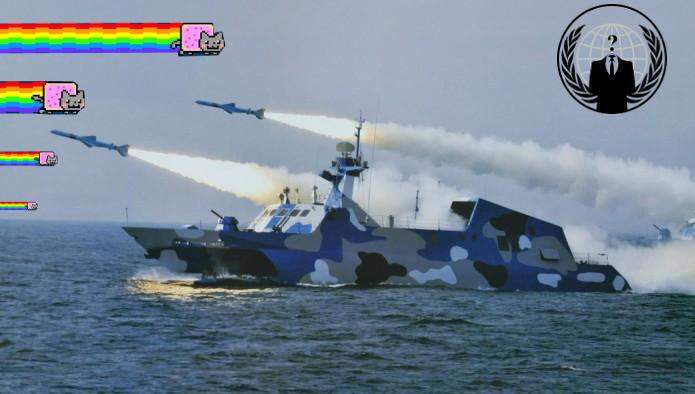 As students continue their protest on the streets of Hong Kong, a battle is taking place beneath the wires. Hacker group Anonymous is staging attacks against Chinese government networks under an initiative they’re calling Operation Hong Kong.

Hackers have been taking government and police networks offline, leaking databases of official websites, and claim they’ve gained user access to some of the sites.

Anonymous is a loose collective of hackers that has an open network that anyone can join. They typically launch Distributed Denial of Service (DDoS) attacks, which overwhelm websites and temporarily take them offline. The more skilled hackers will sometimes launch more complex attacks or steal data.

The hackers note in an Oct. 5 announcement that they “have countless numbers of personal information dumped from your government databases,” and state they plan to release the information “once we’re done using your login credentials.”

While it seems many of their targets are government or police websites, some of the attacks appear to be indiscriminate. A separate Oct. 5 announcement claims successful cyberattacks against 23 websites that includes a tattoo parlor and bakery.

Operation Hong Kong, or #OpHongKong, was started, they claim, in response to “the brave protesters in Hong Kong, who have decided to stand up against a tyrannical government, and pursue a free, democratic election system…”

They include a personal threat against the Central Government of China in the Oct. 5 release, stating “You have obviously caused this with your dictation of Hong Kong’s elections. We are now targeting any and all Chinese government online websites, databases, and more.”