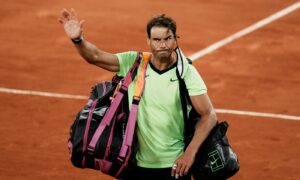 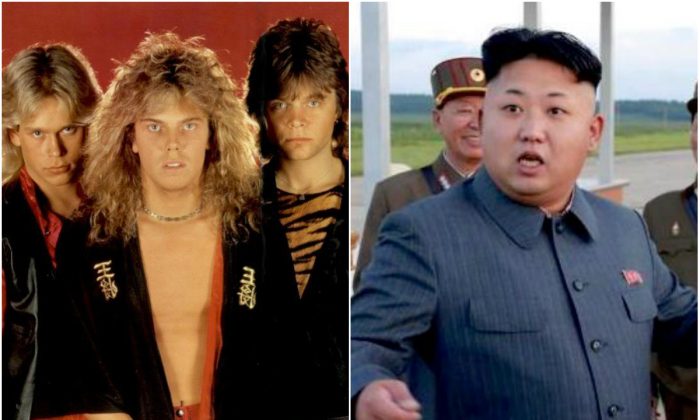 News of the incident was posted on Twitter by vigilante hacker, “The Jester,” who has in the past gained fame by hacking jihadist websites, and who in October 2016 defaced the website of the Russian Ministry of Foreign Affairs with the message, “Stop attacking Americans.”

“A god among us has hijacked 6400kHz (North Korean station) and is playing the Final Countdown,” said The Jester on Twitter on Nov. 9, and posted a link to a recording of the broadcast.

A god among us has hijacked 6400kHz (North Korean station) and is playing the Final Countdown >> https://t.co/rPJ1aEccUs

The 6400kHz station is based in Kanggye close to the North Korean border with China, and is used by North Korean radio station Pyongyang Broadcasting Station (Pyongyang BS), which also broadcasts on the 621, 1053, and 3250 frequencies.

The North Korean communist regime has in the past used the 6400kHz radio station to broadcast coded messages. Strategic Sentinel, a Washington-based nonpartisan geostrategic consulting company, noted that North Korea often broadcasts messages on the station ahead of provocations.

On Sept. 23, Strategic Sentinel stated on Twitter, “Radio Pyongyang has broadcasted coded messages on 6400kHz. Usually when they do this it signals an up coming provocation.”

Radio Pyongyang has broadcasted coded messages on 6400kHz. Usually when they do this it signals an up coming provocation.

“The most likely speculation for these messages is an upcoming missile test on the heels of #DPRK FM #UNGA statements,” it stated in September, just after North Korea announced it was considering a hydrogen bomb test in the Pacific Ocean.

It also noted that, previously, North Korea made broadcasts two days before conducting a nuclear test, one day before a ballistic missile test, and one day before Japanese flyovers.

After the North Korean broadcast was hijacked to play an ’80s rock song, many reacted on Twitter with applause and laughs while poking fun at the totalitarian regime.

While the North Korean regime has continued making threats against the United States and other countries including South Korea, Japan, and Australia, it is also feeling the effects of UN sanctions.

The North Korean regime has even allegedly ordered its military to acquire its own food supplies, and its military personnel are required to collect provisions themselves.

In the past, the Chinese Communist Party was North Korea’s main backer, but in recent months, the Chinese regime has signaled that it is ending this support. It is now working with the UN and the United States to put pressure on North Korea.

President Donald Trump met with Chinese leader Xi Jinping in China on Nov. 9, and the two leaders reaffirmed their stance against North Korea’s attempts to obtain nuclear weapons. Trump said, “All nations must come together to ensure that this rogue regime cannot threaten the world with its nuclear weapons.”

Xi said, “On the Korean Peninsula nuclear issue, we reiterated the firm commitment to achieving denuclearization of the Peninsula and upholding international nonproliferation regime.”