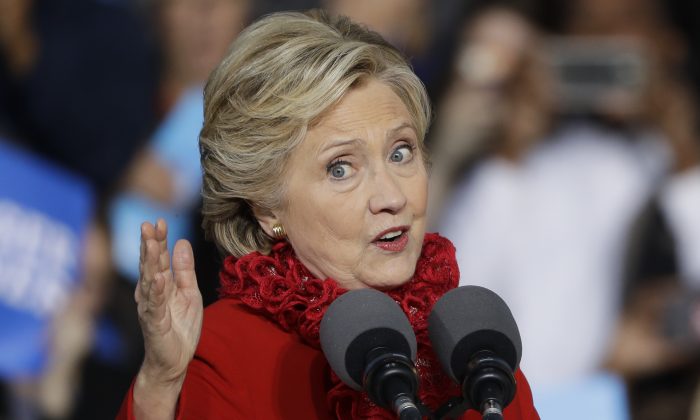 Police say the sign, located in Prince William County, flashed a profane term for women in addition to the messages about Donald Trump and Hillary Clinton.

It was initially placed at the Tackett’s Mill commuter parking lot to encourage people to vote.

Winston Forrest, a spokesman for the county elections office, says a box holding a computer on the side of the rented sign appears to have been left unlocked and tampered with.

Officials say locks have been placed on the remaining voting road signs, and the wrong message was turned off.