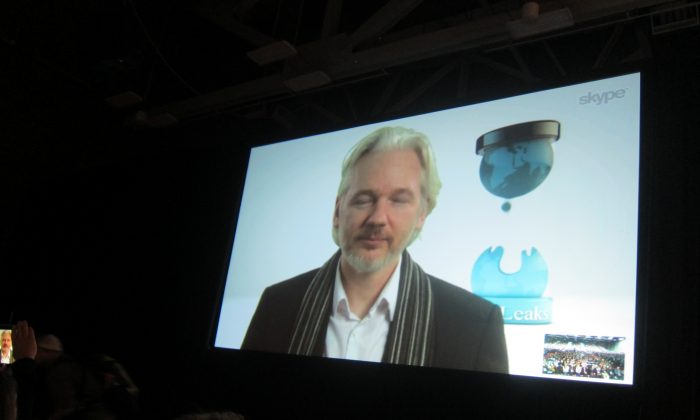 WikiLeaks says that it has released voicemail messages from the Democratic National Committee (DNC).

The voicemails were leaked at the same time as the Democratic National Convention on Wednesday night.

“I’m furious for what you are doing for Bernie Sanders,” one caller says in a recorded message. “He’s getting way too much influence.

“What I see is the Democratic Party bending over backwards for Bernie,” adds the caller. The caller threatens to leave the party if the DNC doesn’t stop “coddling” to Sanders. Another caller assails Cornel West, saying that he shouldn’t have been allowed to join the committee, describing him as “such trash.”

In all 29 phone calls were released, totaling around 14 minutes.

WikiLeaks founder Julian Assange told CNN there would be more material released. “Perhaps one day the source or sources will step forward and that might be an interesting moment some people may have egg on their faces. But to exclude certain actors is to make it easier to find out who our sources are,” Assange said.

Meanwhile, Russian officials have denied allegations that Russian-backed hackers were behind the hack. “This is not really good for bilateral relations,” Dmitry Peskov, a Kremlin spokesperson, told the network.