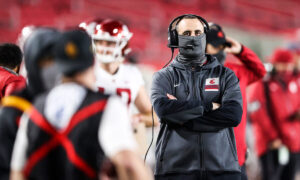 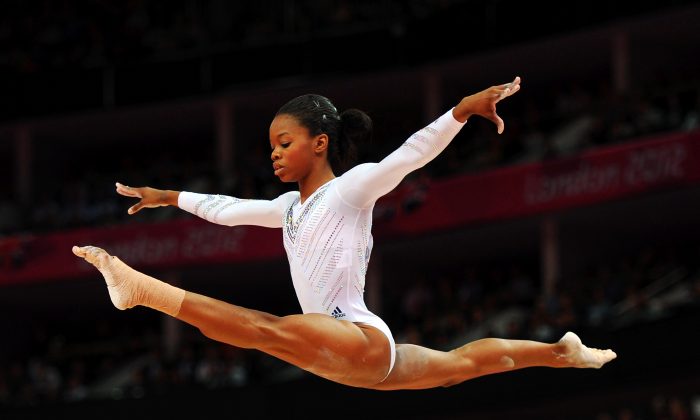 Gabby Douglas of the United States competes on the beam during the Artistic Gymnastics Women's Beam final on Day 11 of the London 2012 Olympic Games at North Greenwich Arena on August 7, 2012 in London, England. (Michael Regan/Getty Images)
Other US

HARTFORD, Conn.—Gabby Douglas is pretty much over basking in the afterglow of Olympic glory.

Sure, the trappings of becoming the first American gymnast to win team and Olympic all-around gold medals in the same games are nice. The talk shows. The commercial opportunities. There’s even talk of a movie on her life story in the works.

Yet the 17-year-old wasn’t kidding when she said she plans on making a run at the 2016 games in Rio de Janeiro. Any doubt Douglas had about that desire vanished while making an appearance at the Secret Classic in Chicago last month.

Watching the sport that has shaped her life move on without her, Douglas returned to coach Liang Chow’s gym in Iowa eager to get back to work.

“It’s weird sitting on the sidelines,” Douglas said Friday shortly before she and the rest of her “Fierce Five” were inducted into the USA Gymnastics Hall of Fame. “I want to be able to get back there and compete and that I can compete so that I have the ability too.”

Douglas is tentatively pointing toward the 2014 US women’s gymnastics championships as the official return date. That plan can change as she tries to reboot her career. Make no mistake, however, she will compete again.

“I want to come back,” Douglas said.

So does Jordyn Wieber and Aly Raisman. While teammates Kyla Ross and McKayla Maroney took short breaks before returning to training, Douglas, Wieber and Raisman did their best to enjoy the perks of becoming overnight sensations. Raisman did a season of “Dancing With the Stars” while Wieber finished up high school and crisscrossed the country making all kinds of appearances.

Wieber, the 2011 world all-around champion, is back working with coach John Geddert but is planning to enroll at UCLA in the fall. She will continue to train in Los Angeles but could return to training in Michigan. School, at the moment, is the higher priority.

“If I don’t get college started now, it might be three years from now to get started,” Wieber said. “So maybe I’ll get it started now, in a year maybe come back and train. I’m not really sure what our plans are.”

Neither is Raisman, who came home from London with three medals. At this point, she and coach Mihai Brestyan have talked in only general terms. Raisman only says she’ll get in training “soon” and that her biggest concern at the moment is conditioning and pacing herself. Putting together skills and routines will come much later.

CARDINAL RULE: Kyla Ross is the youngest member of the “Fierce Five” and the only one who remained an amateur after the games. Looking back, the decision wasn’t a terribly difficult one.

While Ross would have seen a boost to her bank account if she surrendered her amateur status, it likely wouldn’t have been enough to cover the cost of college. The math didn’t add up for Ross or her parents, particularly when the California native’s list of potential schools includes Stanford.

A year after standing atop the podium in London, Ross is confident she made the right call. So are her parents, who don’t have to shuttle the 16-year-old around just to collect a paycheck.

“You can pick and choose and say sorry, she’s got to train,” Kiana Ross said. “I don’t have someone who’s making money off of her saying come on you have to do this. “

It’s a path that world for Bridget Sloan. The member of the 2008 Olympic team and the 2009 world all-around champion remained an amateur before stepping away from elite competition last summer. She just finished her freshman year at Florida, where she won the NCAA all-around title this spring.

KOCIAN WITHDRAWS: Madison Kocian withdrew from the women’s championships on Friday after suffering a sprained left ankle during the preliminaries on Thursday. Kocian was actually in the lead through two rotations after posting a 15.0 on uneven bars and a 14.8 on the balance beam. She was near the end of her floor exercise routine when she rolled the ankle at the end of a tumbling run.

Simone Biles will take a .750-point lead into the finals Saturday over Ross. Brenna Dowell is third followed by Peyton Ernst and Maggie Nichols.