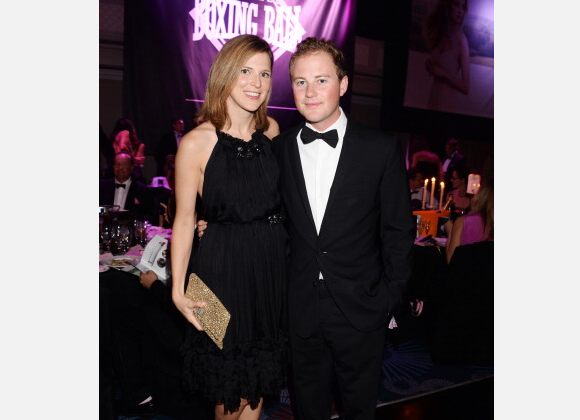 Guy Pelly and Elizabeth Wilson at a ball in 2013 in London. (Dominic O'Neill/Boodles Boxing Ball Committee via Getty Images)
Entertainment

The pair are in the spotlight due to the fact that both princes have traveled to attend the wedding.

Pelly, a nightclub manager, has been a part of the princes’ inner circle for years, including attending William’s wedding to Kate Middleton, reported the Daily Mirror. He’s regularly described as a “London aristocrat” and his mother was close friends with the late Princess Diana.

Pelly graduated from Newcastle University with a land management degree and has owned and managed several high-profile nightclubs in the United Kingdom.

In some 20 years of knowing both princes, Pelly has been labeled as something of a “party animal.” He reportedly introduced marijuana to Harry in 2002 while he was near the prince during the infamous Nazi soldier uniform situation at a costume party. Pelly has been charged for drunk driving, for which the trial is scheduled for July 24.

Lizzy, meanwhile, is originally from Tennessee, but now lives in London.

She graduated from the University of Virginia and Georgetown University, with masters degrees in art and museum studies.

Wilson’s grandfather founded Holiday Inn., and her family is considered in the high class of Memphis society.

The wedding itself will be a three-day affair, starting on Friday with drinks at the Memphis Hunt and Polo club. The ceremony will take place on Saturday while a lavish brunch is planned for Sunday.