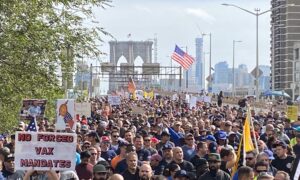 Gus, the polar bear who resided at the Central Park Zoo, died. The bear was 27 years old.

ABC New York reported that Gus was euthanized on Tuesday while he was under anesthesia carried out by veterinarians.

They said he had abnormal feeding behavior and had low appetite.

“Gus was an icon at the Central Park Zoo and a great source of joy for our visitors and staff,” said Jim Breheny, WCS Executive Vice President of Zoos and Aquarium. “He was an important ambassador for his species bringing attention to the problems these bears face in the wild due to a changing environment. Polar bears are apex predators ? the kings of their domain, but vulnerable in a world affected by climate change brought on by human activity.”

According to CBS NY, Gus had been featured at the Central Park Zoo since 1988.

More than 20 million people are estimated to have seen the polar bear in his lifetime.