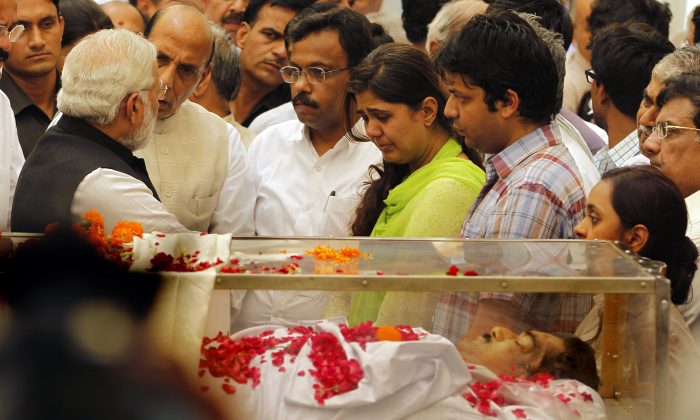 Gurvinder Singh, who was driving the vehicle that police say rammed into the Gopinath Munde’s vehicle, was arrested but later let out on bail.

Singh, 32, was driving a Tata Indica.

Police say that the car rammed into the side of Munde’s Maruti Suzuki SX4, on the side that Munde was sitting.

“We are investigating whether he (Gurvinder Singh) jumped the red light in the morning,” Joint Police Commissioner M.K. Meena told IANS.

Singh works as a driver at the Imperial hotel, and lives in south Delhi. He was on his way to work when the accident happened.

Ashok Gujjar, friend of Gurvinder Singh, told IANS: “I was at Janpath when I got to know about the accident, and immediately rushed to a police station. He is not a bad driver and will never jump red lights.”

Police wanted to keep Singh in custody for 14 days but the magistrate said that he could produce bail, reported PTI.

Police also said that they’re investigating whether there was any conspiracy behind the accident.