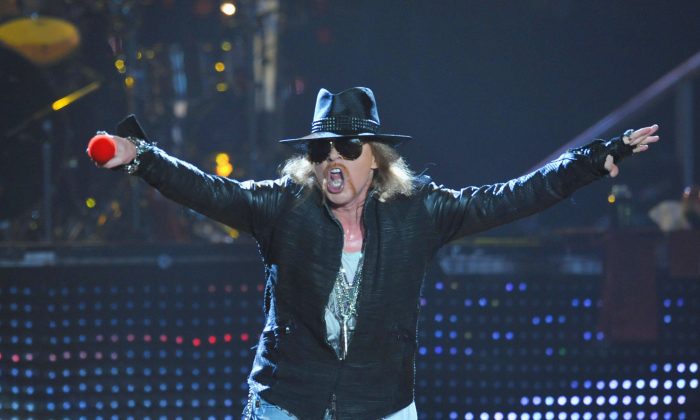 Guns N’ Roses surprised fans with a performance at the famed Troubadour music venue on April 1.

The performance featured both Axl Rose and Slash, marking the first time they would perform together since 1993, ABC News reports.

The tickets—priced at $10 and available at the famous Tower Records store on the Sunset Strip at noon Friday—sold out in minutes.

TV news helicopters showed a long line of fans spilling out the store and down the street.

The band, which formed in the mid-1980s, is about to embark on a reunion tour featuring Axl Rose and Slash.

Fans took plenty of photos of the performance, which were posted on social media.