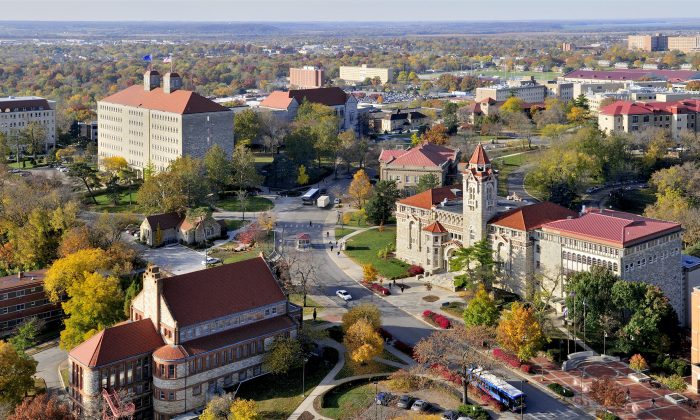 Guns in the Classroom for Kansas Universities

Kansas campuses must allow gun-toting students into classrooms next summer. The state law passed in 2013, but exempted universities until July, 1, 2017.

State legislation says anyone 21 years or older who qualifies to carry a concealed handgun will be able to do so on campuses.

The University of Kansas is well underway in its mission to develop policies specific to its campuses.

A committee has been formed to create a university-wide plan, Chancellor Bernadette Gray-Little said in a statement. “The goal of this process is to create a … plan that emphasizes the safety of our campuses, creates a setting conducive to learning, teaching and research, and is consistent with state law,” she said.

“I want to be clear that I am not in favor of allowing concealed carry on university campuses,” Gray-Little said.

The chancellor is not alone.

Seventy percent of faculty and staff say they favor amending the current law so that guns are not allowed on campus, according to a January poll of more than 10,800 respondents.

Eighty two percent said they would feel less safe if students were allowed to carry concealed handguns on campus.

The only alternative to accepting the new gun law is to provide metal detectors and security guards at every door of every building they want to keep guns out of. However, this means hundreds of doors and millions of dollars for the campuses.

State legislators voted in overwhelming favor of the law.

“When a gun is in a school and harm is meant, there is only one thing that is going to stop that, and that is another gun,” said state Sen. Forrest Knox, a Republican from rural southeast Kansas, during debate on the proposal, according to an NPR report.

Other key findings from the poll include: