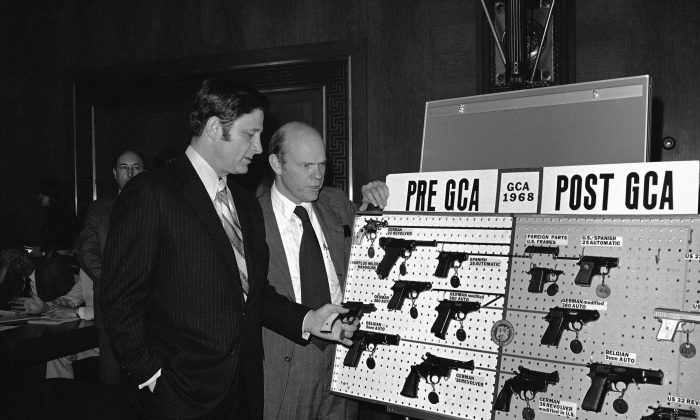 NEW YORK—Amid the bloodbaths of 21st-century America, you might think that there would be a lot of research into the causes of gun violence, and which policies work best against it.

You would be wrong.

Gun interests, wary of any possible limits on weaponry, have successfully lobbied for limitations on government research and funding, and private sources have not filled the breach. So funding for basic gun violence research and data collection remains minuscule—the annual sum total for all gun violence research projects appears to be well under $5 million. A grant for a single study in areas like autism, cancer, or HIV can be more than twice that much.

There are public health students who want to better understand rising gun-related suicide rates, recent explosions in firearm murders in many U.S. cities, and mass murders like the one this month at an Oregon community college, where a lone gunman killed nine people.

But many young researchers are staying away from the field. Some believe there’s little hope that Congress will do anything substantive to reduce gun violence, regardless of what scientists find. And the work is stressful—many who study gun violence report receiving angry emails and death threats from believers in unrestricted gun ownership.

Currently, guns rank among the top five killers of people ages 1 to 64, according to the Centers for Disease Control and Prevention.

Deaths from gunfire have been holding steady at about 32,000 a year, with nearly half of them occurring in the South. But while the rates for gun murders and unintentional shooting deaths have been falling, firearm suicides—which account for 60 percent of gun deaths—have been rising. And nonfatal shooting injuries have reached their highest level since 1995.

U.S. health researchers began to take a hard look at gun violence about 30 years ago, when firearm homicide rates were climbing to what were described as epidemic proportions.

“The line is: ‘If it’s not a public health issue, why are so many people dying?'” said Philip Cook, a Duke University economist who in the 1970s began studying the impact of guns on society.

The CDC, the federal government’s lead agency for the detection and prevention of health threats, took an early leading role in fostering more research into violence. But beginning in the 1980s, the National Rifle Association tried to discredit CDC-funded studies, accusing the agency and the researchers the agency funded of incompetence and falsifying data.

NRA officials in Washington did not respond to repeated AP requests for comment for this story.

In 1996, lawmakers sympathetic to the NRA took the $2.6 million that the CDC had budgeted for firearm injury research and earmarked it for traumatic brain injury. Congressional Republicans also included language directing that no CDC injury research funding could go to research that might be used, in whole or in part, to advocate or promote gun control.

Exactly what that language meant wasn’t clear. But CDC officials, aware of how vulnerable their injury research center was becoming, ultimately adopted a conservative interpretation. The agency ceased to be the main engine driving gun violence research.

Much of the research that has been done has had to be relatively simple—based on small surveys or on what limited data has been collected on guns and on gun-related injuries and deaths.

As state and federal officials debate gun laws or violence prevention programs, it’s often not clear how well they’ll work. To answer such questions, researchers ideally would like to know the exact number, type, and distribution of guns, as well as who owns them and where people got them. They’d like to know how and where they’re stored, and to track use of gun safety courses.

Researchers have wondered if there will be a turning point that might cause more people to advocate for research.

Then came the December 2012 carnage in Newtown, Connecticut, where an armed 20-year-old man entered an elementary school and used a semiautomatic rifle to slay 20 first graders and six adult school staff members before killing himself. It was the deadliest mass slaying at a school in U.S. history.

The White House directed the CDC to research the causes and prevention of gun violence. The actions included a call for Congress to provide $10 million to the CDC for gun violence research. The prestigious Institute of Medicine convened a special committee of experts to develop a research agenda.

Some young researchers are put off by the frustration of working in a field where their findings would likely be politicized, and have little impact.

But Congress did not budget money to the CDC for gun violence research. It didn’t strip away the legislative language that had chilled CDC activity on guns, either. The research agenda was not formally adopted by anybody.

Some young researchers are put off by the frustration of working in a field where their findings would likely be politicized, and have little impact. Worried about ensuring a flow of funding, even those most intrigued by gun violence must spend a lot of time working on other topics.

Meanwhile, the longtime leaders in gun violence research aren’t getting any younger; many are in their 60s and 70s.

Some, worried that the field may soon shrink through attrition, are working hard to recruit successors.

Dr. Michael Levas, a young researcher in Milwaukee, is drawn to the area of gun violence, and fascinated by its potential, but he won’t commit to it.

“If the climate was right and the funding was there, it would make sense to focus on gun violence prevention,” he said. “But right now, it would be a dead end.”