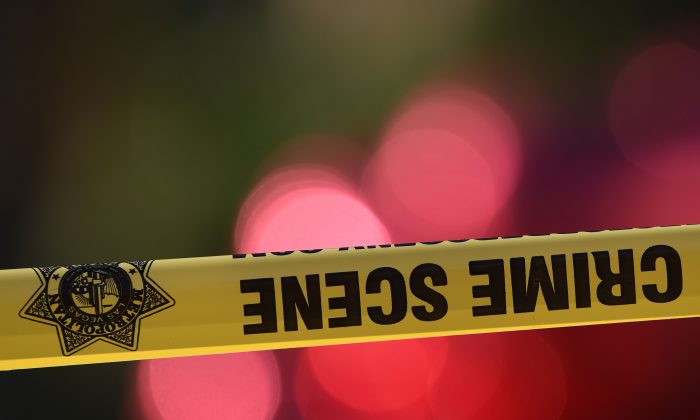 A man who allegedly robbed a Chicago hot dog stand also accidentally shot himself in the leg and groin area as he attempted to escape, according to local media reports.

Terrion Pouncy, 19, was in the hospital at the Advocate Christ Medical Center in Oak Lawn on Thursday, Nov. 2, two days after the robbery, according to the Chicago Tribune.

Police were called to the 700 block of West 116th at about 6 a.m. on Tuesday, Oct. 31 where they found the teen with gunshot wounds—one in the right thigh and another in the groin.

The two employees at the hot dog stand he allegedly robbed called 911 to report the robbery.

Pouncy approached the stand and “brandished a firearm and demanded money from the cash register,” the Tribune reported. He also allegedly took a cell phone and wallet from a 39-year-old worker’s pocket, the report said.

Pouncy was attempting to stick the pistol in his pants while running away when it discharged twice, striking him.

He then stumbled into a vacant car wash where he threw something over the fence. A short time later, he called 911for help from the steps of a house where he had sat down, the Tribune reported.

Surveillance cameras captured video footage of the robbery showing him trying to make it across the street before he collapsed on the steps of a nearby house, according to reports.

He faces two counts of armed robbery with a firearm, NBC reported. He was ordered held without bond.