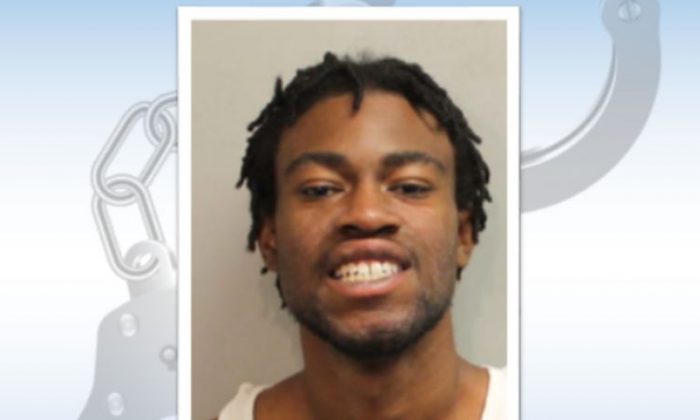 A Florida gun store manager was fired from his job after tackling a man when he ran out of the store with a stolen gun and ammunition.

Dean Crouch, who worked at the Academy Sports store in Tallahassee, was called a “hero” by the National Rifle Association.

“My employee yelled, ‘Stop that man!”‘ Dean Crouch, 32, of the June 29 attempted theft incident, WCTV reported. “I turned and looked and saw Mr. White running from the gun bar toward the front of the store with a firearm in his hand. At the front door is where I stopped him. I tackled him to the ground. We apprehended him and detained him. We secured the firearm.”

He is referring to Jason F. White, 24, who was arrested by the Tallahassee Police Department on June 29 for three firearm thefts at two businesses.

“Employees reported a man requested to look at two handguns, a .45 caliber and a .380 caliber handgun. The man picked up both handguns and ran outside the store without purchasing them, fleeing the area in a silver Toyota,” the police department wrote. At a second store, employees detained the suspect after he tried to run out of the store with guns and ammunition.

Crouch, however, said that for his efforts, he was suspended for a week and later fired from his job at Academy Sports, WCTV reported.

“We are grateful that everyone is safe after this incident and for the quick actions of the Tallahassee Police,” Academy Sports spokeswoman Elise Hasbrook said in a statement to the station. “We have policies in place to protect our team members and customers during a robbery. While this incident ended without injuries, actions inconsistent with our corporate policies were taken.”

The NRA’s Marion Hammer told CBS News that the firing “is insanity. This man is a hero.”

“He stopped an initial crime that would have led to other crimes, and he gets fired. How on Earth is that right?” she asked.

“Our world is pretty much turned upside down after this,” Crouch said of the firing. “We had to put our house on the market because of this.”

White allegedly told police that someone threatened his family, which prompted him to steal a weapon. “I stole and I admit to it,” White told police, according to the WCTV report. “I will steal again when I get out of jail.”