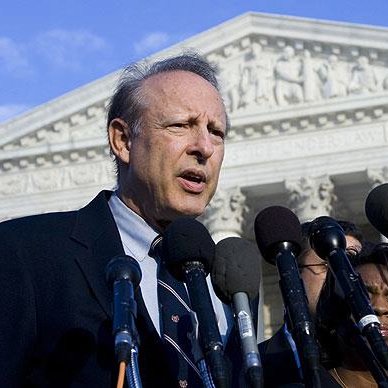 A man whose lawsuit against the District of Columbia (D.C.) 14 years ago led to the Supreme Court’s recognition that the Second Amendment safeguards an individual right to own firearms is suing the capital city again, this time over its strict limit on how much ammunition may accompany a person’s concealed handgun in public.

This new lawsuit (pdf) argues that a D.C. regulation preventing holders of concealed pistol carry licenses from carrying more than 20 rounds of ammunition at a time is unconstitutional. Such a limit violates the U.S. Constitution because there is no historical precedent for it, and it interferes with the right of a concealed carrier to properly use a firearm for self-defense in any public confrontations that may arise, according to the lawsuit.

A previous lawsuit by plaintiff Dick Heller against the D.C. government resulted in the high court’s landmark 2008 ruling in District of Columbia v. Heller that held that the Second Amendment protects “the individual right to possess and carry weapons in case of confrontation.” Two years later, the high court ruled in McDonald v. City of Chicago that this right “is fully applicable to the States.”

The new lawsuit is one of several that have been filed nationwide after another landmark ruling by the Supreme Court on June 23 in New York State Rifle and Pistol Association v. Bruen, which recognized a constitutional right to carry firearms in public for self-defense. Justice Clarence Thomas wrote the opinion striking down New York’s public carry licensing system that required carry permit applicants to prove they had a special need for a firearm for self-defense.

The plaintiffs in the new lawsuit are Heller, Charles W. Nesby, and the Heller Foundation, Heller’s eponymous nonprofit that educates the public on Second Amendment issues. They’re suing the District of Columbia and Metropolitan Police Department Chief Robert J. Contee III. The lawsuit was filed on June 30 in the federal district court in Washington.

George L. Lyon Jr. of Arsenal Attorneys represents the plaintiffs in the new lawsuit. Lyon, who was also one of the original plaintiffs in District of Columbia v. Heller, is the attorney of record in another new lawsuit launched by gun owners in the nation’s capital who want to be allowed to carry firearms on the Metro, the region’s crime-ridden public transit system.

Heller holds a concealed pistol carry license issued by the police chief. He regularly carries a concealed firearm for personal protection within the city, the legal complaint states.

There’s “no historical analog for a limit on the amount of ammunition that you can carry for self-defense,” which makes D.C.’s limit “obviously unconstitutional,” Lyon told The Epoch Times.

“You should be able to carry the amount of ammunition that you believe you need in order to protect yourself, and that may vary,” he said.

“If I go to walk my dog at noon in my nice area … I’m probably good with my five-shot revolver and one-speed load, which is what is allowed to me if I’m carrying that gun in the District of Columbia.”

But if Lyon is walking his dog at 2 a.m., he’s “going to feel much more secure by carrying a bit more ammunition than that,” he said.

Current D.C. law unfairly limits the carry choices of gun owners, he said, offering a personal example. The law allows him to carry no more than 20 rounds or given his choice of handgun, only enough ammo to reload his gun twice, which is just 10 rounds. If he carries a full-size Glock 17, which has a larger capacity, he can do that and carry more rounds, but it’s more difficult to conceal, especially in warm-weather clothes.

“There’s a lot wrong with D.C. gun laws, and I think it’s probably best to take them one at a time,” Lyon said. “That’s why in the Metro carry lawsuit, the only thing I’m attacking is the part that I think is the absolute weakest.

“My belief is that the best way to eat an elephant is one bite at a time.”

The Epoch Times reached out repeatedly to District of Columbia Attorney General Karl Racine, a Democrat, for comment on the litigation, but he didn’t respond by press time.