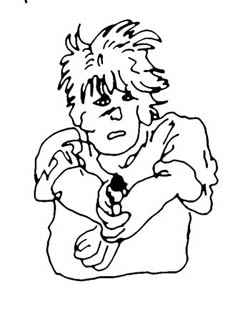 On the same day the nation observed the second anniversary of Rep. Gabby Giffords’ shooting, survivors of the Aurora movie theater shooting heard evidence against suspect James Holmes and One Goh, suspected of killing seven at Oikos University in Oakland in April, was declared mentally unfit for a trial, the National Rifle Association in Illinois claimed victory.

Gun owners are on a “winning streak” Todd Vandermyde, the NRA’s lobbyist in Illinois, told news media. Chicago-area lawmakers in the General Assembly “had better realize that,” he threatened.

Like the 51 dead from the Tucson/Aurora/Newtown/Oakland shootings (and 85 injured) legislation to tighten gun laws died in the lame duck Illinois legislature this week. Two bills to ban assault weapons and high-capacity ammunition magazines lacked enough support for a floor vote thanks to bellicose flash campaigns conducted by gun groups who descended on the Capitol.

“[Illinois] Gov. Pat Quinn and his ilk would do well to remember that there are 1.5 million firearm owners in Illinois,” said an Illinois Rifle Association statement. “Of that 1.5 million, most own one or more firearms that would be banned under the knee-jerk proposals being floated post-Newton (sic).”

Incoming Illinois lawmakers, who arrive this week, will likely continue to defeat a ban on assault weapons and high-capacity ammunition magazines which account for a full 75 percent of handguns and 50 percent of long guns now in circulation admitted Vandermyde.

In fact, Illinois laws will actually loosen after the Sandy Hook tragedy. The day after the Newtown murders, the US 7th Circuit Court ruled that Illinois must allow individuals to carry ready-to-use firearms in public. Thank you, NRA.