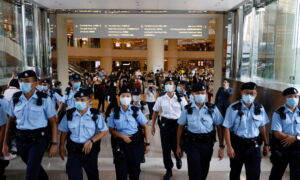 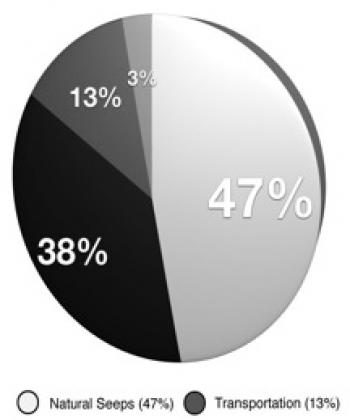 The Worst Culprits of Oil Pollution – Not What You Think

Kristina Skorbach
Kristina Skorbach is a Canadian correspondent based in New York City covering entertainment news.
View profile
Follow
biggersmaller
Print
While the gusher in the Gulf of Mexico has been the focal point of global environmental concern for months, experts say that there are other, worse oil pollution culprits, ones that get scant attention.

Data from the National Academy of Sciences shows that on average, accidental oil spills like the BP disaster, account for only 8 percent of the 29 million barrels of oil spilled into North American oceans every year. And while the BP spill may skew that figure for 2010, the fact remains that other sources of oil pollution are a much more persistent problem.

According to an Academy of Sciences study from 2003 (the most recent year they have data for), almost 85 percent of all oil that spills into North American oceans annually, roughly 690,000 barrels, comes from “land-based runoff, polluted rivers, airplanes, and small boats and jet skis.” Eight percent of the pollution comes from tanker and pipeline spills.

Deepwater Horizon Response has calculated that the amount of oil that spilled into the Gulf was anywhere from 35,000 to 60,000 barrels per day since April 20 when the accident occurred. Using those figures, between 3 million and 5.1 million barrels of crude oil poured into the Gulf of Mexico. According to BP's figures, as of July 13, nearly 800,000 barrels of oil has so far been recovered.

Robert Stewart, whose draft of "Oceanography in the 21st Century” is online, writes that in order of importance, the No. 1 source of petroleum in our oceans is natural seeping from rocks. The pollution caused by these seeps accounts for 46 percent of all pollution in water.

However, in terms of impact, natural seepage is less of an environmental concern.

“Natural oil seeps are not spills, they are not the same as oil spills” says Dr. Jeffrey Short, Pacific Science director of Oceana, the largest international organization focused solely on ocean conservation.

According to Short, ocean environments exposed to seeping petroleum have acclimated to the oil, whereas accidental oil spills are sudden shocks to the system. Pipelines can break in an area where the ocean environment and marine life are vulnerable and cannot handle it.

The No. 2 source of petroleum in our oceans, says Stewart, is human activity. This includes oil washed from roads during precipitation that ends up in the waterways.

Stewart says that there are untold thousands of very small “spills” from human activity every year—spills such as when “someone dumps a gallon of oil from their car on the beach, or if a boat owner dumps a quart of oil from their boat engine in a bay.”