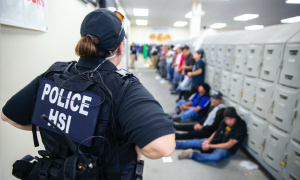 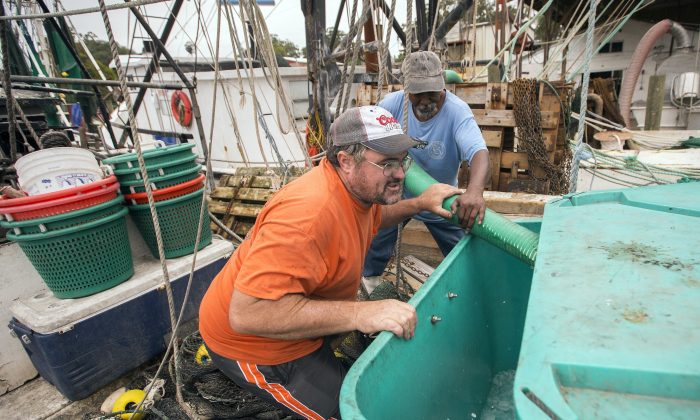 NEW ORLEANS—Fresh water from Midwestern floods has killed oysters along the coasts of three states and cost Mississippi half of its blue crabs.

Water that came through a Louisiana spillway killed 95% of the oysters in Mississippi’s share of the Mississippi Sound and fed toxic algae blooms that closed the state’s beaches, said Joe Spraggins, executive director of the state Department of Marine Resources. Seafood and tourism businesses, from bait shops and seafood processors to restaurants and hotels, have lost $120 million to $150 million, he said Sept. 20.

The governors of Louisiana, Mississippi, and Alabama asked months ago for U.S. Commerce Secretary Wilbur Ross to declare a fisheries disaster, a designation needed to secure federal grants for those whose livelihoods were affected in the Gulf region’s vital seafood industry.

It will be months before all the figures are in and the analysis completed to tell which Louisiana fisheries qualify, said Patrick Banks, assistant secretary for fisheries in the Louisiana Department of Wildlife and Fisheries.

Floodwaters from the Midwest and rains elsewhere poured down the Mississippi and into the Atchafalaya River. They wound up in the Gulf of Mexico—both through the rivers and via the huge, normally brackish lake that borders New Orleans because a major spillway was opened twice for a total of more than four months to protect New Orleans’ levees.

A full 12 months’ data is needed to compare losses to averages for the previous five years, with a 35% loss qualifying a fishery as a disaster.

“We’re analyzing every fishery, every portion of the state, every species … It’s going to take some time to put all that information together,” Banks said recently.

He said losses appear to have begun in November but analysts may find that the earliest effects didn’t greatly damage catches until December or January, adding another month or two to the process.

Oysters continue among the worst-hit fisheries, with brown shrimp, crab and finfish catches also down from a year ago, department figures indicate.

“You would always expect oysters to take the hardest hit just because they can’t move out of harm’s way,” Banks said.

The mollusks can tolerate a wide range of salinity, but a long spell of freshwater coupled with high temperatures can be lethal.

Spraggins said oysters need at least five years to recover. “If you put a juvenile oyster in the water today it takes two years for the oyster to get to market size. They start spawning after about a year, so you lose two to three seasons of spawning per oyster. It multiplies from that point,” he said.

Freshwater killed anywhere from three-quarters to all the oysters on several of Louisiana’s public reefs, according to a state report. It said statewide oyster landings were down 28% on private reefs and 91% on public reefs from March through May.

Louisiana produced 13.3 million pounds of oysters in 2017—54% of the nation’s harvest, while Mississippi contributed about 2% and Alabama about 1% of the total, according to federal figures. The take from Louisiana’s public reefs has made up less than 10% of Louisiana’s total for the last decade or so, Banks said.

He said mortality figures are likely to be the basis of a disaster application for public oyster reefs, where an estimated $20 million worth of the mollusks died.

State officials said brown shrimp, crab and finfish catches are down significantly in the Mississippi and Atchafalaya river basins. Statewide brown shrimp landings are down 34% in volume and their value is down 44% over the five-year average. Commercial blue crab landings are down 26%, with drops ranging from 14% to 84% in individual basins, according to state figures.

Salinity in most areas is returning to normal, according to the state report. But it said water in some coastal areas is low on oxygen and fish kills may become more common until the water cools down

Spraggins was interviewed by telephone from Washington, D.C., where he said he will testify about Mississippi’s problems next week before the Senate Commerce Committee.

“The first thing is to get them the facts of what’s happening to Mississippi,” he said. “The second thing would be to ask them to expedite any funding they may be able to give us.”