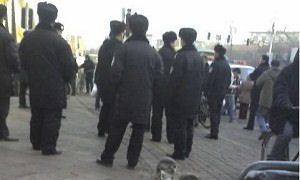 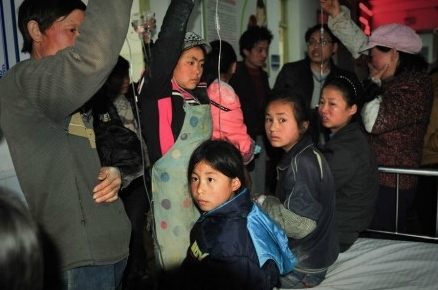 A new free school meal program in Guizhou Province caused dozens of elementary school students to suffer from food poisoning, according to reports.

Soon after the program was rolled out, three hospitals in the rural area were packed with students who were being given infusions after ingesting the milk. Officials said the preliminary investigation indicated the culprit is a milk drink produced by the Meng Niu Group which was part of the “nutritious breakfast”.

According to Bijie Daily, beginning on March 26, 4,782 elementary school students in Babu Town, Zhijin County located in southwest China participated in the government’s free “nutritious breakfast” program. Wang Ziming, the Town’s Secretary of the Discipline Inspection Commission and the Deputy Lead for the implementation of the program, said that the program offers students milk and bread.

Four days into the program, at around 9am on March 29, Wang received a phone call from one local school principal when students in one class began to vomit after breakfast. The principal took more than 10 students to the town hospital for examination.

When Wang arrived, he found all three hospitals in the town were crowded with students, parents and onlookers. Many students were undergoing transfusions, some were vomiting, and crying.

Wang said similar cases occurred the previous day, but were ignored. Locals published the hospital scene on the Internet which show large numbers of people crowding the halls filled with students hooked up to medicinal drip bags.

According to information released by Zhijin County Party Committee Propaganda Department, hospitals in Babu Town determined that 11 students suffered severe symptoms of food poisoning, but most students’ conditions have improved.

A Babu Town government staffer said several villages were affected by the food poisoning, but declined to comment further.

Babu Town in Zhijin County developed the program and Shanhun Group’s Zhijin Agency is responsible for catering for one center’s school students and 4,782 students across 17 rural elementary schools. Each student is allotted 3 yuan, or nearly 50 cents, per day.