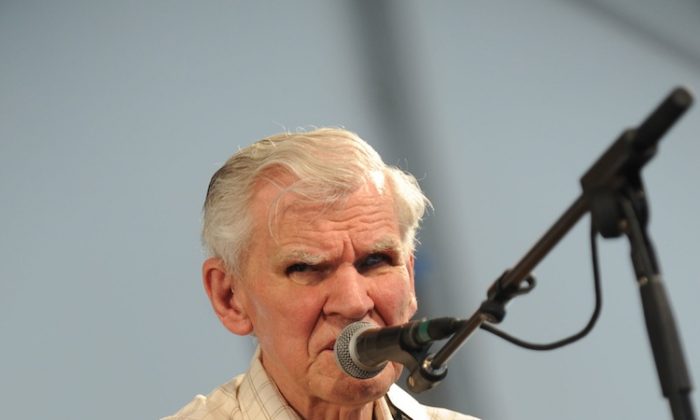 The company, Folklore Production International, posted an updated on Tuesday on its website saying that Watson “has somewhat deteriorated this morning.”

Watson, remaining in the hospital’s intensive care unit, underwent a surgery on Thursday at Wake Forest Baptist Medical Center to remove a blockage in his colon. His family was called to his bedside on Sunday after Watson “had a difficult day, but seems to have pulled through OK.”

The company said that while Watson’s family understands and appreciates interest from Watson’s friends and well-wishers, they would appreciate privacy during this “trying” time.

Born Arthel Lane Watson in Stoney Fork Township, N.C., Watson was blinded from an eye infection as a baby. Watson, a Grammy-winning musician known for his flatpicking and fingerstyle technique on the guitar, toured with his son Merle before he died in a farming accident in 1985. Afterwards, he has played at an annual festival known as MerleFest in his son’s honor.

Watson has won seven Grammy awards and a Grammy Lifetime Achievement Award. He was selected for the North Carolina Music Hall of Fame in 2010.