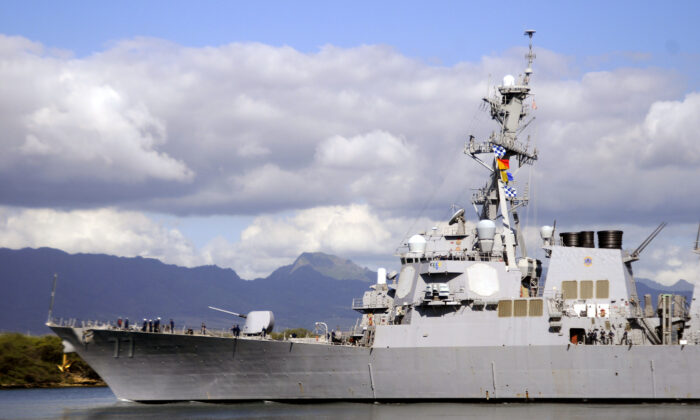 “The sailors aboard USS O’Kane lead the way in demonstrating resiliency and dedication to support the mission and each other,” said Cmdr. Michelle Fontenot, O’Kane’s commanding officer. “As an independent deployer serving in both the U.S. 5th and 7th Fleets, O’Kane met each mission with success.”

O’Kane escorted multiple units through 30 straits, including the Strait of Hormuz, Bab el-Mandeb, and the Suez Canal, Navy officials said. O’Kane participated in maritime security operations in support of the International Maritime Security Coalition, collaborating with seven partner nations for security and the free flow of commerce.

The ship conducted maritime interdiction operations; board, search, and seizure operations; and operated alongside international navies, including the Egyptian Naval Force, Royal Saudi Navy, and the Indian Navy.

O’Kane also participated in a seizure of illicit cargo from a stateless fishing vessel in the North Arabian Sea on Dec. 20. The O’Kane crew seized 1,400 AK-47s and 226,000 rounds of ammunition, the Navy said.