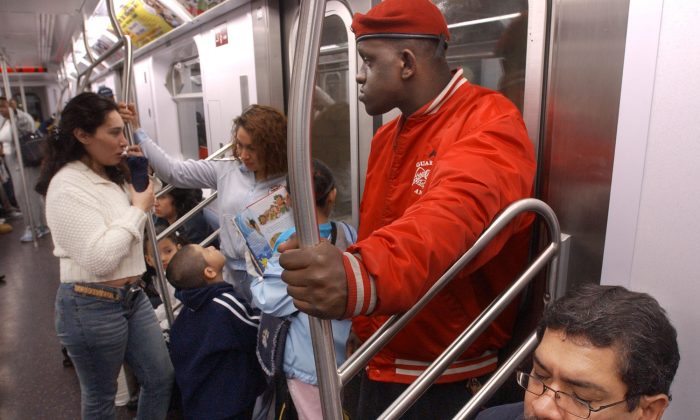 The New York City subway today still retains some of its younger self from 30 years ago—about a third of the trains date back to the 1980s. But the atmosphere inside of them has changed considerably since the time when the system was known for crime.

One thing born of that time was the Guardian Angels—an organization of volunteers who patrol public areas to help prevent crime. It was founded in the city in 1979 and developed from a small non-profit to an international network, including crime-prevention outreach and education programs.

The Guardian Angels are instantly recognizable by their red berets and jackets worn while they vigilantly scan New York subway cars for signs of distress.

The rise of the Guardian Angels, the late ’70s protecters of the New York subway: http://t.co/VhnhyQMJNq pic.twitter.com/0JWxwZSQv8

MORE: Travel Through Time on NYC Subway With These Historical Photos (Video)