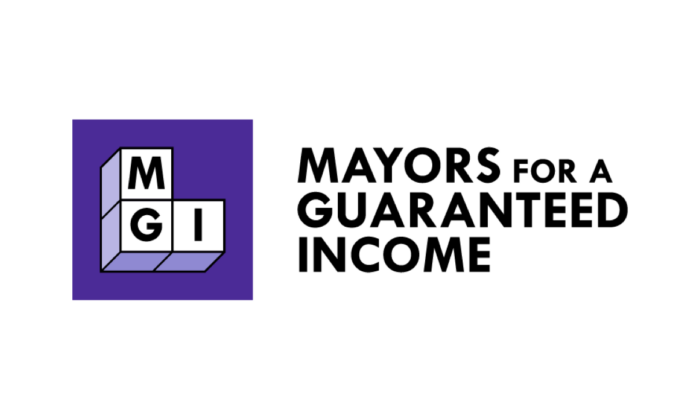 The Mayors for a Guaranteed Income logo. (Mayorsforagi.org)
Viewpoints

Guaranteed Income: A Slap in the Face to Workers

Democratic politicians across the United States are pushing for guaranteed monthly cash handouts to the poor. No strings attached. No work required. Taxpayers foot the bill.

This scheme, which is already being rolled out in Los Angeles; Chicago; Providence, Rhode Island; Denver; and numerous other cities, needs to be stopped. It’s turning people who work and pay taxes into suckers.

Los Angeles County will soon begin handing out $1,000 a month to random applicants. The Los Angeles Times editorial board applauds the unconditional nature of the payments, naively claiming that the recipients “know far better than the government what their challenges and priorities are.”

Translation: It’s OK to forgo work and have children you can’t support.

Sorry, but these are the same goals working people have. Only they work and save to achieve them.

People who are working two jobs and still not making ends meet deserve help. But not the people who sit on the couch or choose to live in the rough, as many in Los Angeles do.

The Democratic Party used to be the party of working people. No longer.

More than 80 Democratic mayors have signed on to Mayors for a Guaranteed Income. Their goal isn’t to help people become self-supporting and move up the economic ladder. To the contrary, guaranteed income programs support nonworking lifestyles.

It’s a stark contrast to President Bill Clinton’s 1996 welfare reform, which made cash payments contingent on working, looking for a job, or completing school.

Today’s Democratic Party has another agenda: redistributing wealth to favored groups. In Denver, the City Council voted that only women, transgender women, and “gender non-conforming” individuals currently homeless would be eligible for the no-strings monthly payments.

One wealth redistribution scheme, baby bonds, has already been enacted in Connecticut, and other states are considering it. Every newborn in Connecticut whose birth is covered by Medicaid, including children of undocumented parents, will automatically be given $3,200 in an account managed by the state treasurer. With interest earned, it could be worth as much as $11,000 when the child turns 18 and collects it.

Minority children are less likely to have inheritances or college funds put aside by their parents, explains state Rep. Geraldo Reyes, chairman of the legislature’s Black and Puerto Rican Caucus. Taxpayers in Connecticut are ponying up $50 million a year to fund nest eggs for these primarily black and Latino babies.

“It’s enough to help with a down payment on a home,” Reyes said.

Guaranteed income advocates are pushing Congress to act next. Hamilton is proposing a federal program to send monthly payments to non-earning and low-earning adults with additional payments for each child. The Mayors for a Guaranteed Income are looking to the federal government to take their pilot programs nationwide. Rep. Ilhan Omar (D-Minn.) has introduced a bill along those lines.

Instead of self-reliance, these programs foster a cradle-to-grave dependence on government. That’s what Democrats are selling.

They call it redistributive justice. But there’s nothing fair about making working people shoulder the cost of people who refuse to work.

Stopping this movement is what’s at stake in the November election. Democrats want voters to believe the election is about Donald Trump and the MAGA Republicans. Not true.

If Democrats secure majorities in both houses, they’re ready to push through guaranteed income programs that will permanently divide our nation into two groups: people who toil to support their families and pay taxes, and freeloaders who do neither.

Working people need to get to the polls and make sure this doesn’t happen.