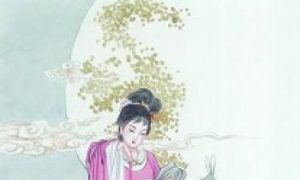 Origin and Brief History of the Moon Cake
0 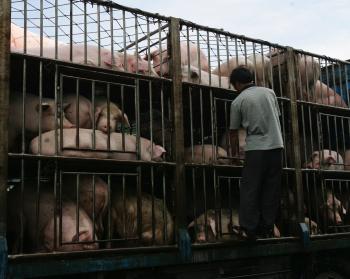 On March 21, a meat processing plant in Conghua city, Guangdong Province, found 24 pigs containing the drug ractopamine, a banned chemical agent in China that increases protein synthesis. In recent days there had been over 300 food poisoning cases in Shanghai alleged due to the tainted meat.

The media called ractopamine the “new type of lean meat powder.” Conventional “lean meat powder” refers to clenbuterol (CLB). Ractopamine has a similar effect but is not included for routine inspections in many cities. Therefore, it has been used as a substitute for clenbuterol. Conghua Animal Health Inspection Agency said that the source of the drug usage is under investigation, and that all pigs tested positive will be disposed of.

According to an ifeng.com report, “lean meat powder” is a general term for a class of drugs such as clenbuterol, ractopamine, salbutamol and Terbutaline Sulfate.

Animals fed with this type of drug show dramatic muscle growth. Research shows the effects of such drugs on humans include food poisoning syndromes such as vomiting, dizziness, lethargy, and trembling; its effect on people with heart disease and high blood pressure is more severe. Long term consumption is said to cause chromosome mutations and cancer, although the pathogenic mechanism remains unclear as of now. There have been multiple cases of deaths by consuming meat having lean meat powder in the recent several years.

Because of its low price, clenbuterol has been the choice of pig farmers. Nowadays, in order to escape inspection, ractopamine is being used despite its higher cost. Ractopamine is said to have severe side effects, including death, on people with glaucoma, diabetes, high blood pressure, and prostate hyperplasia. Its danger to humans varies depending on dose, but it is legal in Australia, Brazil, Canada and other countries.

In Shanghai, 300 people from 9 districts have been poisoned in recent days; they had consumed pork and pork organs cleared with inspection certificates.

Even in small farms in remote villages, pig farmers have a habit of feeding sleeping drugs and hormones to the pigs so that they quickly fall asleep after eating. Such pigs, when weighed at market, are usually quite heavy with more fat than lean meat and a shining skin.

Drug use is prevalent in animal farming. It takes only 45 days for a chicken to reach the slaughter weight. It takes over a year for a pig to naturally reach several hundred kilograms, yet with the help of hormone treatment, it takes only 3 to 4 months. The so-called “lean” pig has even a shorter growth time, yet on the surface the percentage of lean meat is quite good. The wide spread use of the drug is an open secret.

After a 3-month investigation, the Peninsula Metropolitan News reporter found that by spending two yuan per pig, one can purchase three inspection reports. Another 100 yuan to the border inspectors in Henan Province will bring the pigs all the way to slaughter houses in Nanjing. Then, for 10 yuan per pig, an “animal inspection certificate” can be purchased, all without any inspection for banned drugs such as “lean meat powder.” With this certificate, the “lean” pigs can legitimately enter the Nanjing market.

This March, Nanjing city conducted a random urine inspection of 20 pigs in Xingwang Slaughter House. These pigs were from Mengzhou, Henan province. All “lean meat powder” tests showed positive results. In Nanjing city’s Yingbin Farmer’s Market, 24 samples from pork and pig organs were tested for lean meat powder, and another 5 of them from Xingwang Slaughter House were found positive.

Back in February 2009, multiple incidents of ractopamine poisoning occurred in Guangzhou causing sickness to 70 people. The pork was from Hunan province. Such large scale food poisoning incidents cause pork-phobia among residents.