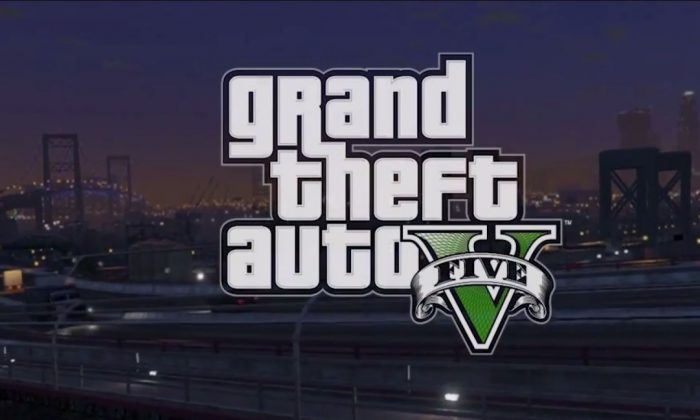 “Grand Theft Auto V” finally will come to the PC, Xbox One, and PlayStation 4 after much clamoring from fans of the popular franchise. (YouTube screenshot)
Gaming

“Grand Theft Auto V” finally will come to the PC, Xbox One, and PlayStation 4.

Rockstar, in an announcement, released details about the game launching on the PC and next-generation consoles.

“Grand Theft Auto V will take full advantage of the power of the PlayStation 4, Xbox One and PC with across-the-board graphical and technical improvements to deliver a stunning new level of detail. Increased draw distances, finer texture details, denser traffic, and enhanced resolutions all work together to bring new life to the cities, towns, deserts and oceans of Rockstar North’s epic reimagining of Southern California,” the firm said in a news release.

The company said the online version of “GTA V” will also take advantage of the next-gen platforms.

“The new generation upgrades also extend to Grand Theft Auto Online, an ever-evolving Grand Theft Auto universe. Rise through the criminal ranks by banding together to complete Jobs for cash, purchase properties, vehicles and character upgrades, compete in traditional competitive modes, or create your own content to play and share with the Grand Theft Auto community,” the release also reads.

“All new content and gameplay created since the launch of Grand Theft Auto Online, including an extensive array of new Jobs, an arsenal of new weapons, scores of new vehicles, new properties and player customizations will also be available for the PlayStation 4 system, Xbox One and PC with much more to come. In addition, the current community of players will have the ability to transfer their Grand Theft Auto Online characters and progression to their choice of PlayStation 4, Xbox One or PC,” Rockstar stated.

The game will be released in the fall.

The next upgrade the “GTA Online,” titled Heists, is slated to come out soon, but it’s unclear when.