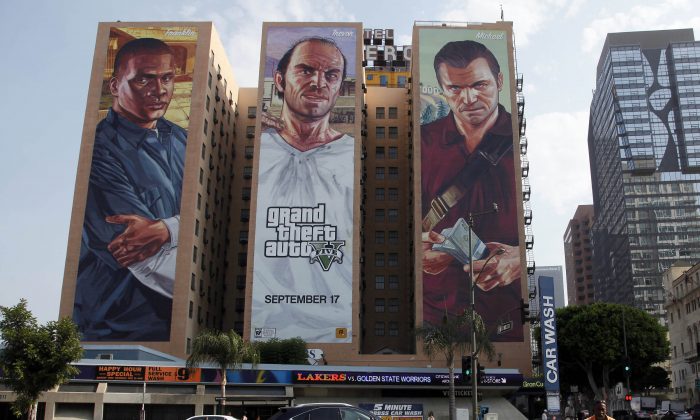 There’s been rumors over the past few weeks that “Grand Theft Auto VI” would be released sometime in 2017.

Specifically, the rumors pinpoint June 2017 as the exact release date for the game. They said Rockstar made the announcement at E3 last month, saying the game would be called “Return to Vice City.”

It’s unclear how the rumors started, but a number of not-to-credible media websites are saying the game will come out at that time. The websites don’t offer any sources or links to where they got their information from, meaning it’s very dubious.

Rockstar didn’t say anything about “Grand Theft Auto VI” during E3 in June. The firm just announced “GTA V” for the PC, Xbox One, and PS4.

The rumor may have originated on YouTube, with a user saying “GTA VI” will be released during E3.

It seems unlikely that Rockstar would be announcing “GTA VI” any time soon with the fifth installment coming out for the next-gen consoles and the PC. Meanwhile, the company is busy updating “GTA Online.”

For its part, Rockstar announced the “GTA Online” Independence Day Special for the Fourth of July holiday.

“Demonstrate your exceptionalism and own the road from sea to shining sea with two new star spangled rides, the Sovereign motorcycle and the super-sized Liberator monster truck. And protect your rights the same way our Founding Fathers did with the latest addition to Ammu-Nation’s antiques collection, the high-powered Musket… or channel your inner Jack Howitzer with the spectacular Firework Rocket Launcher,” reads a release from the firm.